In 1903, western record companies extended their markets to the Arab world followed by Levantine companies; they manage to ensure the transmission of Arabic Classical Music.

Starting in 1930, for various reasons, the form of Arabic Music starts changing drastically and these records with the music they carry fall into oblivion.

In 2009, the AMAR Foundation started digitizing these records, making them discoverable to today’s music listeners. The relay is ensured.

Lately, major turmoil seizes the Arab World. Big cities like Aleppo, Mosul … along with all the culture these cities used to cradle become synonymous of tragedy, violence and displacement. In a case like that, minorities are the first to endure; they have jealously guarded their musical traditions for centuries; they now vehemently resist being swallowed by the main stream. Facing such situations, documenting those oral traditions using the video medium was a necessity.

Against Oblivion, The Exhibition, a story to tell

These two rescue stories naturally inspired AMAR to share them beyond its walls.

Finally, when sound records have been gathered, digitized, listened to… when images have been caught, edited, shown… Can oral musical tradition be saved from oblivion?

1. The Record Companies, saviors of the Al Nahda Arabic Music

There is no extant trace of a tangible heritage that could give some idea of what music and singing in the Arab Orient sounded like before the mid-19th century. That is why the 78 rpm recordings from the first three decades of the 20th century are a priceless treasure: they allow us to grasp the spirit of the artistic and cultural scenes that existed during that era and they take us back to the aesthetic roots of modern-day musical performance. Since 1903, the Western companies started recording in Egypt, then in the Levant: British Gramophone, Zonophon, Columbia, German Odeon, Polyphon, the French Pathé and local Lebanese Baidaphon and Turkish Orpheon. Thousands of records were produced rescuing this tradition from perdition. 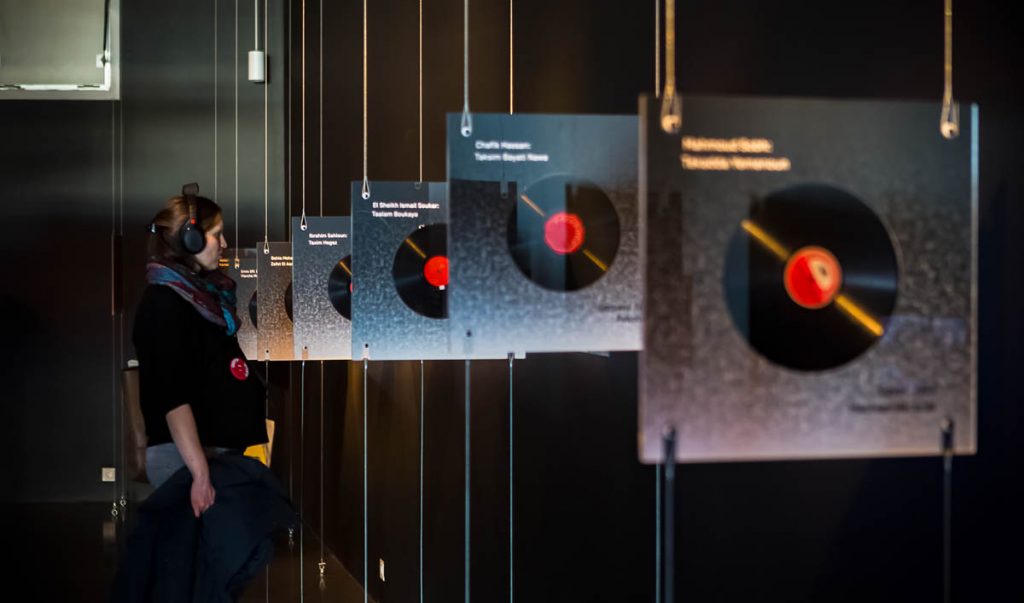 2. Yūsuf al-Manyalāwī , the Caruso of the Orient . The first great singer to be recorded

A giant of the Arabic song and an exceptional performer of the classical Arab repertoire, Manyalāwī (1850-1911) is a talismanic artist of the Arab cultural renaissance known in Arabic as the Nahḍa.. This school spanned several generations of urban secular music performers who became highly skilled in the last quarter of the 19th century. Cheikhs Yūsuf al-Manyalāwī and Salāma Ḥigāzī, religious figures and pioneers of lyrical theatre in Egypt, are two most eminent examples of religious men performing profane music. Manyalawi took the plunge in 1906 with Sama’al-Mulūk, a music label specially created for him by the German company Beka. He was courted by Gramophone that considered him their leading singer from the Arab Orient. 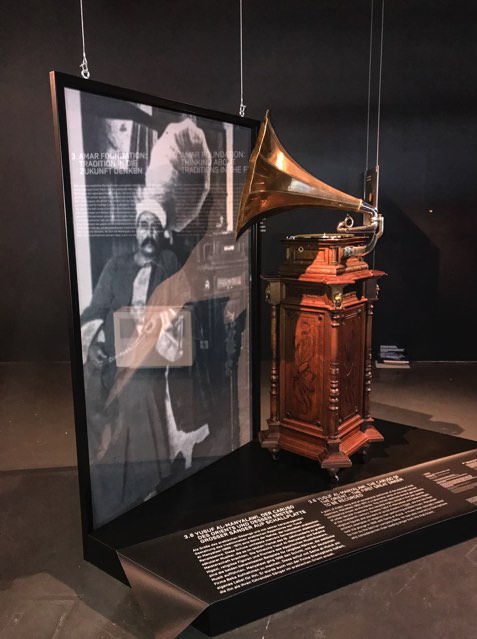 Al-Sirah Al-Hilaliyyah, is an oral poem that recounts the tale of the Beni Hilal Bedouin tribe’s migration to North Africa from Arabia in the tenth century.

The epic, performed since the 14th century, has been sung by successive poets, who in the process, kept adding verses of their own composition to it; today, the poem counts many thousand verses. Al-Sirah exalts courage, heroism and honor and speaks of revenge, war and romance.

Some of the prominent characters of the epic include Abu Zeid al-Hilali and El Zenaty Kalepha.

Today, folk poets who know the totality of Al-Sirah Al-Hilaliya are very rare; with Egypt going through socio economic changes and with the progress of globalisation, the Hilali epic faces the prospect of extinction. 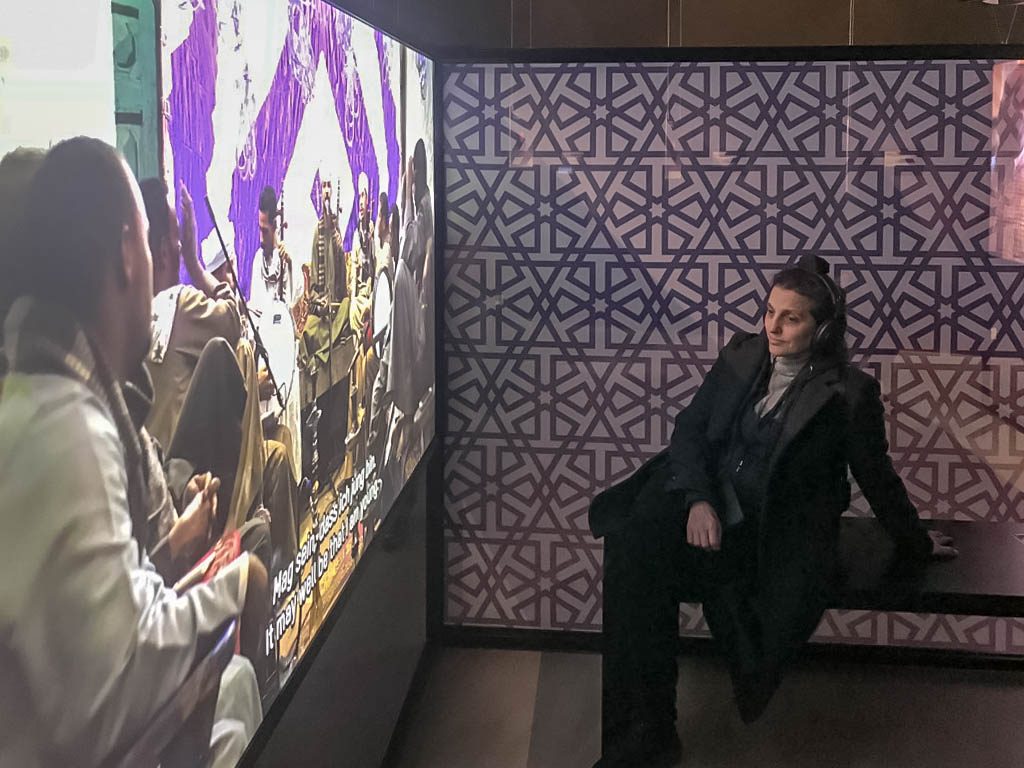 Al Jazirah is the area between the Khabour and Tigris rivers in Syria. This region, a true melting pot, is inhabited by people of different ethnicities, religions and languages. The inhabitants have been subjected to many migrations during the last century and to this day.

Music and singing are the links that keep the culture of these dispersed communities alive. They often used to communicate with each other by sending dispersed family members, audio and video tapes of their special events, where singing takes center stage. They recently switched to sharing their events on social media. 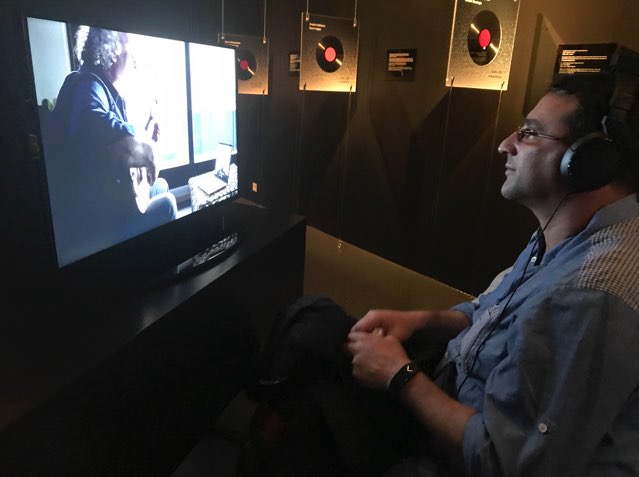 5. Paying tribute to the Kawliyah

The Kawliyah are gypsies of Indian origin who emigrated to Iraq about 1000 years ago. They have always constituted a marginalized minority that still lives on the outskirts of big cities. Recently, the Kawliyyah were subject to persecution and extermination by armed militiamen and tribal men in different parts of Iraq because of their profession of entertainers, an occupation that some local societies associate with low moral values. The main genre of music they excel in is called “Rifi” (rural); over the years, they gave it their signature and their music can readily be differentiated from mainstream “Rifi” Iraqi music; they deserve credit for conserving and disseminating this music genre in the area. 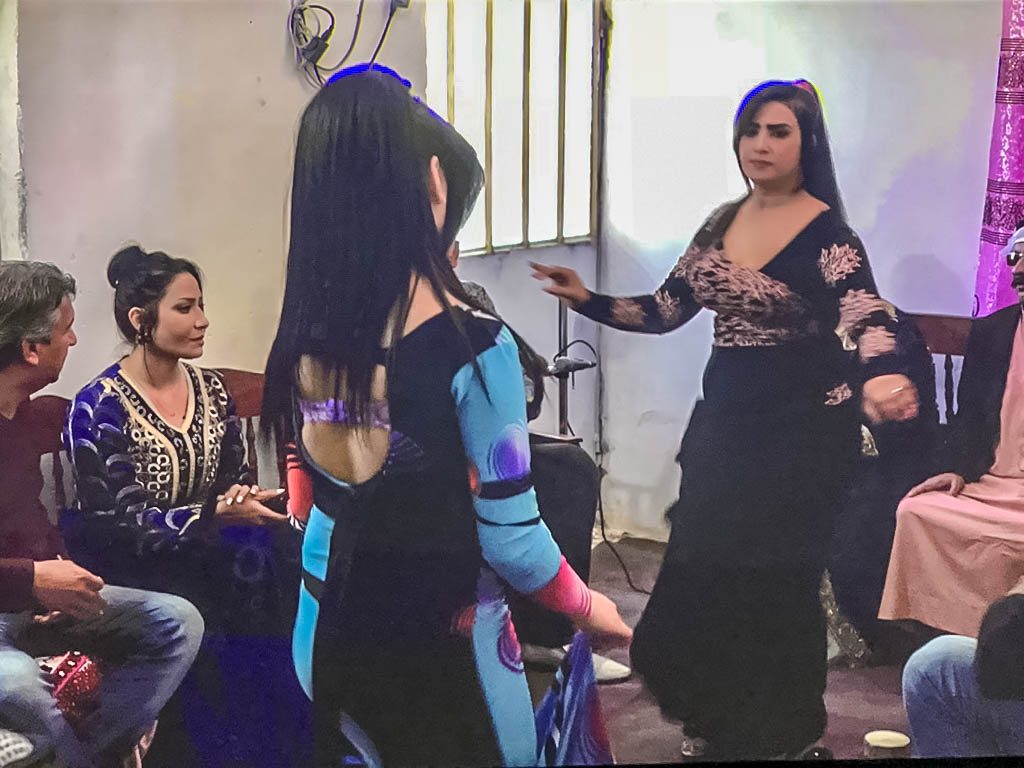 Egyptian Sufism (tasawwuf) centers on love for God (Allah), Prophet Mohamed and saints (awliya’), including the Prophet’s family (Ahl al-Bayt) and shaykhs of many Sufi orders (turuq). Some saints are celebrated at their shrines (maqams), in an annual festival, a mawlid (“birthday”), commemorating their death and rebirth in the `alam al-arwah (spirit world). The largest, the mawlid of Sidi Ahmad al-Badawi in Tanta (founder of the Ahmadiyya), or Sayyidna al-Hussein (the Prophet’s grandson) in Cairo—draw millions from around the country. Many camp at a khidma (“service”), supported by the pious, providing the camaraderie nourishment.  At night sounds of amplified inshad dini (hymnody) blend with chants of dhikr (ritual of remembrance). 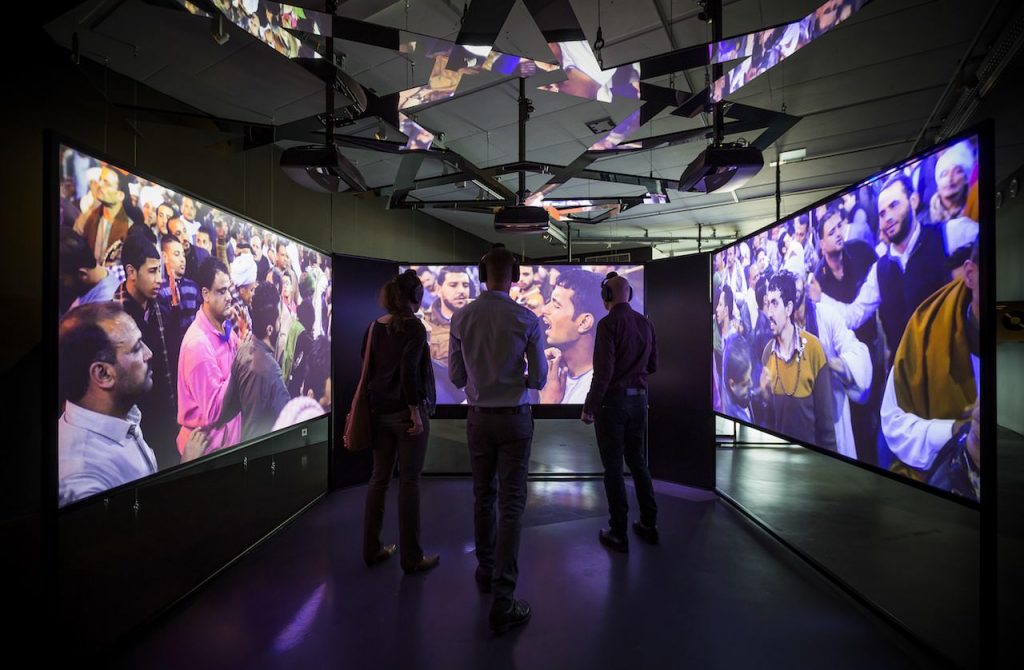 7. Celebrating the passage of the Virgin Mary in Al-Dronka Mount

Every year on 21 August a procession is held at the Deir Dronka monastery in Upper Egypt to celebrate that this place was the last destination of the Holy Mother of God, Joseph and the Christ child as they fled Herod’s soldiers. More than 1.5 million Christians and Muslims from all over Egypt travel to take part. The ceremony begins with the pious walking three times around the nave and the exterior of church, bearing a decorated cross and a Madonna’s crown. During the procession they sing special hymns of praise to the Holy Mary with “joyous melodies” containing ancient Egyptian musical elements. The visitors also sing popular melodies in praise of the Virgin. 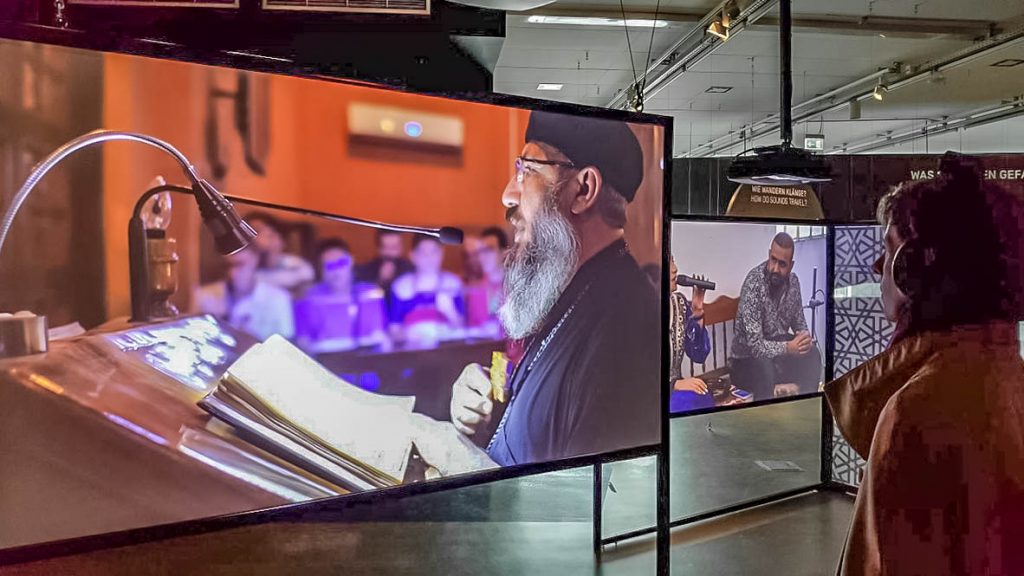 An exhibition co-produced by

Supported by:
The Arab Fund for Arts and Culture 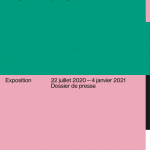 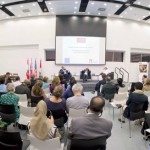