His father is Sheikh Hassaneyn Salem, an Al-Azhar graduate, and one of the “Qiraa’aat” teachers in Egypt. Sheikh Amin Hussaneyn Salem followed the Azhari school in turn, and it showed in his poetry performance: in his polite speech and clear meanings. During his Azhariyya studies, he met student Zakaria Ahmad and a strong friendship was born between them. Both decided to go to Sheikh Darwish al-Hariri’s house to study the rules of Arabic music, its Muwashahaat and musical compositions. Sheikh Amin also joined the Oriental Music Club presided by Mustapha Reda, the Qanun player, and he studied there for some time. He then went to the composer Daoud Hosni, and absorbed his art and melodies. This reinforced him in his knowledge of Arabic music, its measures and keys. He became able to flow between its tunes with ease and beauty.

In the beginning, he was at once a pious Qur’an reader and chanter, and a singer living at his whim, staying up and singing.

At the end of the second decade of last century, he performed a number of musical compositions al-Qasbahi had given him, one of them was entitled: “‘Ala Dayy el-Qamar w al-Kaas”, arranged by Younes al-Qadi. He then went into free Taqateeq (popular songs), the first of which was by his friend Zakaria Ahmad “Iw’a Tkallimni l-Baba Jayya Waraya” arranged by Abdel Hameed Kamel. He performed it with artist Aziza l-Masriyya.

He had a beautiful pure voice, and a long clear breath. Feelings and tenderness characterized his chanting, earning him the nickname “the Tender Singer”. After he gave himself completely to singing, the German company Polyphone was the first to get hold of him, and the recordings they made with him started reaching the general public.

Singers Saleh Abdel Hay, Zaki Murad, and Abdel Lateef al-Banna were among his contemporaries. He had also been the contemporary of singer Sayed el-Safti in the beginning. He chanted, added to his own songs, many heritage works, Muwashahaat, Mawaweel and musical compositions, like any capable singer. Some of these works are:

He visited many countries and sang at evening parties and weddings, in Palestine, Jordan, Iraq, Syria, Lebanon, and finally Tunisia where he settled for good, with the help and encouragement of his friend artist Sayed Shata, working at its radio station until the end of year 1968 (he was born in Egypt in 1894 according to some sources, or in 1889 according to others).

In Lebanon, he spent beautiful days, especially during his prosperous years. But he encountered difficulties there in determining his creative identity, as to defining himself as a chanter or singer, so he left. In Tunisia, he also suffered from the difficulties pertaining to working in the art field as well as from the lack of opportunities in this field, especially with governmental institutions. The reason behind these difficulties may have been his closeness during WW2 to the leaders of the axis and his meeting with one of its most important leaders, General Rommel. If this relationship had been deeper and stronger, this may have led him into a more dangerous situation.

His works (most of which were recorded by Polyphone) include: 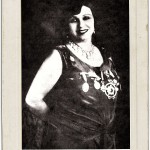 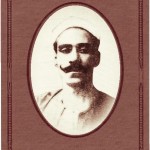