Higazi was raised in Alexandria. He was trained in the cantilation of the Koran and dhikr (since his early years under the supervision of Kamil al Hariri, the head of Alexandria’s cantors, and performed as a young muezzin and munshid in the Ra’siyya tarîqa, which gained him the title of shaykh, inspite of limited religious knowledge. His musical education was completed by the Cairene Shaykh Khalîl Mehrem, one of the masters of Manyalâwî .

In the early 1880s, Higazi, like many others, neglected the inshâd and turned to secular singing. He gathered around him a takht and started performing as a mutrib. He adapted his mystic poems to the new musical standards set by the learned musicians of the court, as °Abduh al-Hamuli (1845-1901) and Muhammad °Uthman (1855¬1900), and started performing adwar. In 1885 the Shaykh agreed to join the Sulaymân al-Qurdâhî-Sulaymân al-Haddâd troupe as an actor, leaving Alexandria. Higazi learned his new job by performing merely secondary singer roles, but, encouraged by his success, he left the troupe in 1888 when he believed that he deserved the leading roles monopolized by al-Qurdâhî.

Having set up his own troupe, he created several important pieces where he played the leading roles teaming up with various actresses such as the Greco-Syrian Labîba Mânîllî (perhaps Manolli).He also presented to the public new actresses such as the Egyptian Jewish singer Milyâ Dayân, as well as pioneers in the lyric theater, whose famous voices were not recorded: the Syrian Maryam Sumât and the brothers Abdallâh, Zakî and ̕Abd al-Hamîd ̕ Ukâsha.

During years of success, the troupe embarked on triumphal tours out of Egypt; to Beirut in 1906 and Damascus in 1909, where Higazi had his first hemiplegic attack, which put him away from the theater until 1911, and later on in Tunis in 1914 and in Tripoli. Unknown in Beirut and fearing failure, he decided to call for prayer from the city’s main mosque. The inhabitants were so amazed by his voice that they rushed frantically to the stage and welcomed his performance in “Salah al-Din”. In a tremendous way.

The recordings of Salama Higazi reveal a refined art whereby he explores within the aesthetical limits of the learned music tradition ways to express new dramatic topics. He put the art of Koranic psalmody in the service of theatrical expressiveness. His science of melismas, his mastering of vocal effects seems unlimited and sometimes overcomes modal invention, as he might privilege emotion over construction and lead his lithe voice to the limits of a breakpoint.

Shaykh Salâma continued his activity well into the second decade of the twentieth century, first along with the young actor George Abyad and then on his own. However, at the age of sixty-two years, Higazi had a waning condition after his attack. His last performance took place on 30 September, 1917. He died on the 4th of October of the same year. 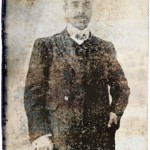 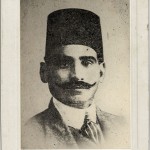