Born in Cairo to a family of musicians (his uncle was ̕Abd al-Hay Hilmî), he was trained with the Sahbageyya groups and then with the Muhammad ̕ Umar and ̕Ali al-Rashidi groups. He started his career with his uncle’s repertoire. He reached his glory in the middle of the 1920s. His powerful and moving voice made him the last brilliant representative of the Khedivial aesthetics in its improvising dimension. An ardent defender of the takht, he was the first singer broadcasted on national radio in May 1934 without, however, renewing his repertoire.

Like his uncle, Saleh ̕Abd al-Hay was a whimsical character, bohemian, big spender, alcohol and pleasure lover. He liked to torture the text by altering and performing it in a neurotic way. He often decided, during a version of a qasîda, to break the atmosphere he created by playing with the song lyrics, adding after the word mudâm wine) a ” ya madame ” as if he was addressing a European owner of one of the many bars that occupied the center of Cairo, where he was known for his drinking sprees. In another incident, Saleh ̕Abd al-Hay concluded finely another qasîda by adding a malicious “ya sariq” (O thief !) addressed to the Gramophone company, whom he accused of not having paid him enough. This gag, not being denounced by any instrumentalist, was recorded as such, making Egypt laugh at the expense of the English company. He was a pleasure seeker who unfortunately ended up paralyzed and unable to sing. 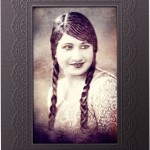 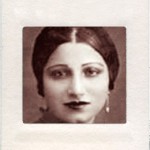