No need here to retell in detail the life story of Um Kalthum. Who indeed does not know those details, from birth, upbringing, discovery of voice, to her move from village to Cairo, her first steps in world of song, her education at the hands of the foremost luminaries of the time in song, literature, music, her competing with Munîra al-Mahdiyya and Fathiyya Ahmad before gaining the edge, her records, public performances, travels, the different phases of her art as well as the artistic personalities who left their imprint on each of these phases?

Suffice it to say that in addition to her unique position in the history of contemporary Egyptian and Arab song, Umm Kulthum represents a pivotal personality, a decisive turning point in that history. Throughout her personal and artistic trajectory, she collected the nectar of a bygone time in the history of song with its Nahda references and carried forth, at the same time, the seeds of a new phase.
While she did succeed to a large degree – especially during the first three decades of her artistic journey – in distilling and infusing some of the essential elements of the Nahda aesthetics in her new songs, both in form and recital, her virtuosity and outstanding vocal capability alone were not enough to establish a new authentic school of Arab song and this for reasons that go beyond Um Kalthum’s experience, however rich and entrenched it surely is in our contemporary musical history.

Among the characteristics of the Nahda music, the most important features and values which Umm Kulthum has preserved – albeit with those changes and adaptations she deemed appropriate – and conveyed to the ears of generations of listeners are : 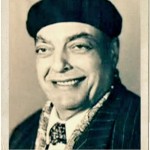 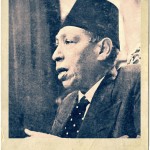