“For about thirty years, between 1903 – the date of the first recording campaign of Zonophone in the Middle East – and 1933 – when the world’s financial crisis had a strong impact on the Arab world and reflected violently on the music industry, confronted amongst other things to the development of radio broadcasting and the rise of sound cinema -, hundreds of discs documenting Arab music were produced in England, Germany, France and Egypt and were published by global companies (Gramophone-HMV, Odéon, Pathé, Columbia), Eastern companies (Baidaphon, Orphéon-Blumenthal) or local companies (Méchian in Cairo).

Whilst the majority of recorded artists, singers or instrumentalists were Egyptian, the disc industry also recorded a vast number of voices from the historical “Bilad Al-Sham”, Iraq and the Maghreb. These documents are the only testimonies of musical schools, particularly the art school, which disappeared and gave way to the more trendy and ambitious ‘popular’ music which was, nevertheless, aesthetically and epistemologically in rupture with previous traditions. The historical success of the 78 rpm disc was to surface whilst Egyptian art music was going through a period of remarkable efflorescence, despite the deaths of two major composers of the Nahda, Muhammad ̕ Uthmân (1900) and ̕Abduh al-Hamuli (1901).

These 78-rpm discs went through the tumultuous history of the 20th century and marginalization of Arab cultures; with the exception of the Gramophone company, whose archives are properly preserved in Hayes, the Arab archives of Odéon disappeared in Germany, Baidaphon’s collection was destroyed during the bombing of Berlin and the Lebanese civil war, the Pathé Arab collection was disregarded and destroyed in the 1970s whilst  the Setrak Méchian brand was swallowed by both modernity and Cairo’s dust.

The musical memory of the Arab world thus was confined to some private collections, in Cairo, Beirut, Damascus, Aleppo and Baghdad, with the prestigious names of Sayyed Darwish, Umm Kulthum and Muhammad ̕Abd Al-Wahhab shadowing the vast music produced before their times or during their beginnings. Names such as Yûsuf al-Manyalâwî or Salâma Higazi, which were still quoted in the novels of Nagib Mahfuz, became mythical references that had never been heard, and even unknown singers who were forgotten as years went by. One then owes to collectors the respect due to the guards of a museum with very few visitors, chosen after a long initiation. They fought to save from the dust a large quantity of this material, of this black gold, of this moving Bakelite. The archives of the Egyptian National Library (ENL) are mainly constitute part of this heritage. But the ENL, in turn, became one of these inaccessible archives.

The collection of ̕Abd Al-Aziz  ̕Anâni was one of these major collections in Cairo, and it became the most important at the end of the 20th century. It includes several thousands of 78-rpm discs (Egyptian and Syro-Lebanese), 33-rpm discs, magnetic bands, books, monographs, compilations of texts as well as catalogues of recording companies. Its acquisition by the AMAR Foundation was completed by other archives coming from the Middle East, whilst a few wealthy people gathered the few remaining collections in Egypt and Lebanon, constituting new collections intended for a limited public. The AMAR collection has a different logic towards public or private archives of Arab music; AMAR aims at making these archives accessible for researchers, musicians and amateurs, in digitalized format, within a framework set-up by a scientific committee of musicologists, ethnomusicologists, historians and specialists.”

“I have known the ̕Anâni Collection for more than thirty years and I believe it to be the best collection of historic recordings of Arab tarab music and related genres in the world.  Early, 78 rpm recordings form the heart of the collection, numbering in the thousands, some of which dating from 1904, the beginning of the recording era in the Middle East.  Among these records are the voices of women singers from the late 19th and early 20th centuries, whose repertoire and style have been largely unknown to date.  The Collection contains the original recordings of singers whose work became the foundation of the known heritage of tarab: Yûsuf al-Manyalâwî, Zaki Murâd and many, many others.  In addition, the Collection includes tape recordings made of live performances, many of which were not recorded or retained by anyone but a handful of collectors and are likely to be lost to us without this collection.  Overall, this Collection is a unique and important monument of Arab cultural heritage and music history. Properly preserved, it will serve us all for centuries to come.”

“The ̕Abd al ̕Aziz ̕Anani record collection is one of the most valuable resources for the study of Arab music and music culture. I had the great pleasure of meeting and working with the late Mr. ̕Anâni during the summers of 1971 and 1972 and of using material from his collection in my own research on Cairo’s music in the early 20th century. Today, we are fortunate to have this valuable collection kept and processed by the AMAR Foundation for Arab Music Archiving and Research, under its president Kamal Kassar. I am hopeful that the collection will continue to benefit musicians and music researchers and to enrich our musical lives for years to come.” 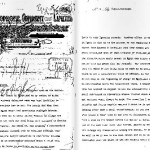 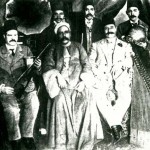