The Dawn of the “Khedivial School”

Since the accession of Ismâ̕ îl Pasha to the throne, Egyptian musicologists envisaged a patronage policy that went beyond the framework of circumstantial invitations. The ceremonial policy conducted by  Ismâ̕ îl Pasha in so many other areas, and primarily, his efforts to embellish Cairo, can only confirm the image of this ruler as a patron  of the arts.

The “Khedivial School” refers to a certain type of art music played in special circumstances. The concert always comprised three wasalât, the third being the one most valued by the audience, because the voice of the singers would then attain the pinnacle of flexibility. The wasla is , a suite of songs alternating with instrumental interludes, all performed within connected modal structures. No matter how long an improvisation lasted, the duration of a wasla could never take over an hour or an hour and a half:  the break intervals between the different wasalât gave way to all kinds of jokes, feasts and chatter. A main condition of success for women singers was wittiness; Sâkina or Almaz’s biographers praise their alertness and sense of humor. Similarly, Umm Kulthum only achieved success in the 20th century after having shed her rural ethos to become a worldly lady, ready to throw malicious mockeries (qafashât), a real ‘Cairene’, as we would say a real ‘Parisian lady’.

The genius of the emerging Khedivial School resides in having been able to combine these musical cultures, blending the constituting elements of the Sufi dhikr (religious cantilation) in the wasla mould. In no other activity has elite pleasure become accessible to the working class (at least those of the city), who could attend the biggest mutribîn public concerts when the khedive decided to offer such concerts for the ̕ îd al-gulûs (the throne day) occasion, or who could afford a place in the Azbakiyya cafés-concerts.  In no other occupation were Syrian Christians, hâra Jews and Muslims all equal, helping and respecting each other.  Shows presented in various theaters of Cairo, whether proper theaters or cafés-concerts, would alternate between elite songs and light music. The same performer should be able to present both repertoires depending on the public’s wish. Overlap between these two repertoires began well before the “roaring twenties”, the music-hall golden age of Cairo.

One of the most significant events in the life of the cafés-concerts of the pre-war period is the large number of women performing on stages.  Whether extravagant shameless ̕Awâlim or beginners in theater, these women now refuse the label of  ̕alma. Yet, the “ya osta” and the hysteric laughters they dot their disks with leave no doubt on their origin… Their typical way of moving up was the passage from animating marriage ceremonies to a stable job in a cabaret.  Family ties sometimes linked the female singers “mutribât” of the 1920s to 19th century ̕awâlim: the great and distinguished Fathiyya Ahmad and her two mischievous sisters Ratîba and Mufîda were no other than Bamba Kashar nieces. Accompanied by male instrumentalists forming a classic takht, these women singers initiated a repertoire that was to become the dominant trend of the 1920s: the taqtuqa.  A performance of an  ̕alma on stage was a social promotion when the theater where she performed in had a good reputation.

Music in the dynamics of Nahda

The great masters who were at the origin of Arab music’s golden age at the time of the Nahda left no theoretical literature or correspondence illustrating the intellectual foundations of their artistic method. Neither  ̕Abduh Al-Hamuli, Muhammad ̕ Uthmân, Yûsuf al-Manyalâwî, nor any of the other musicians or performers who participated in the development of a musical school which endured till the first decades of the 20th, have given any testimonial of their art . Very few people understood the position that the Khedivial School method took within the Nahda, and accepted to establish this link between an intellectual context and an aesthetic creation. Most of the information we have on Hamuli, ̕ Uthmân or Salâma Higazi comes from sources external to the musical activity, sources often animated by a hagiographic will. In order to face the Western cultural challenge, Egypt had to present a learned art of high value. The challenge was real: Egyptian elites, taught in French universities, had the leisure to discover the high status of music in Europe. Dazzled by orchestras and opera, they could simply no longer accept a purely traditional Arab music.

The invasion of 78 rpm records

The stability of the slowly built balance between the different participants in the musical life of Egypt started to fade at the end of the war. Musical as well as textual productions began their first metamorphosis that preceded and announced the grand “turn” of the 1930s. One of the main reasons for these transformations is first and foremost the massive break-out of commercial recordings that took place as early as 1903. During this “era of the phonograph”, the 78 rpm records competed with public or private concerts to become the first channel for music diffusion.  In the mid-1930s the record industry saw its empire threatened by other media such as radio and cinema.

Far from being just a reflection of musical activity, the recording industry is also a formal and social transformation engine.  Its emergence in Egyptian society turned the music scene upside down, both at the institutional level and at the level of practices, and later even in terms of aesthetics. With the 78rpm records, having a duration of about three minutes per side, the various pieces of the wasla, especially the most lengthy ones, namely adwar, had to be adapted to  match such a limitation (in the best of cases, the dawr was divided into two to four sides and the qasîda into two sides, which implied one or several forced interruptions in the course of the interpretation of every single piece). Moreover, singers such as Manyalâwî or Hilmî, who were used to reinvent their interpretation at every concert, had to face the obligation to make a single recorded version, even though we see in some instances different recorded versions of the same song. It is obvious that the recordings did not reflect the reality of concerts. We would have to wait until the Saleh ̕Abd al-Hay period to have more lengthy recordings of concerts, yet not with 78rpm disks.

The beginning of the 1930s is finally a period where independent radio stations became numerous. Between 1926 and 1932 there were fourteen radio stations in Cairo and they were often linked to department stores that used them for advertising purposes. However, from 1932, the Egyptian government banned private radio stations and the official radio was inaugurated on 31 May, 1934, with a song by Umm Kulthum. The influence of radio on records sales is difficult to assess.

The Nahda music of the Khedivial School had only fifty years to form a common musical repertoire that is inevitably too limited to avert boredom when performed before a public claiming novelty.  From the moment musical works became the property of a record company rather than of an artist, the company would sue anyone who dared to use any musical work without prior authorization.  This prevented such music from becoming a classical heritage. For a music which was at the dawn of the century totally oral, the 78 rpm record was ironically at the same time an invaluable opportunity for conservation and a death sentence.

The dawr may be considered as the most important musical form of the 19th century and the first quarter of the 20th century. The mutrib (singer) and a chorus would perform a poem in dialectal Egyptian set by a mulahhin (composer) who was often the singer himself. The mutrib is accompanied with a takht (instrument ensemble) with generally five instruments (ud, kamanja, nay, qânûn, daff and sometimes a darbukka).

The dawr is characterized by a unique poetic form with a very loose and free rhyme use. It has at least four lines: the first couplet (maddhab) and the second couplet (ghosn). The dawr can have up to five ghosn couplets. The mutrib sings the dawr composed according to a leading maqam (mode) without being concerned neither with a faithful rendering of the notes written by the composer nor with the variation of the same.

With such a performance, the singer plays a leading role, improvising while the phases of tone levels of the maqam chosen for the composition are presented  in succession. The dawr, a semi-composed genre, gives the singer space for improvisation through the ghosn and more specially the ‘hank’ section. The hank is when the singer sings a textual fragment then tosses it to the chorus to be repeated with several call-responses. In these exchanges the mutrib is free to create melodic and even modal variations in alteration with, or sometimes against the choral response. This hank section is the mark of the big influence of the Sufi brotherhoods singing practice on the dawr.

The words that are sung in the dawr do not express a particular case in a historically defined society. They answer the need to express feelings of love in sufficiently vague or universal terms to be experienced by all and reused by the public. Images are repeated, blended, and twisted around seeking a universality of feeling. The vocabulary of the dawr works finally in parallel with the musical aesthetics that govern this form: the maqam.  For the notes as well as the words, a scale is fixed, intervals are predetermined and stations must be respected.  All combinations, all changes are possible, provided they do not deviate from the rules. The most famous singer and composer of adwar during the first half of the 19th century was Muhammad al Maslub (1793-1928). Then came  ̕Abduh Al-Hamuli (1845-1901) and Muhammad ̕ Uthmân (1855-1900), who created remarkable numbers of adwar, contributing greatly, both as composers and solo singers, to establishing the final form of the dawr. 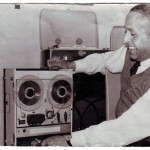