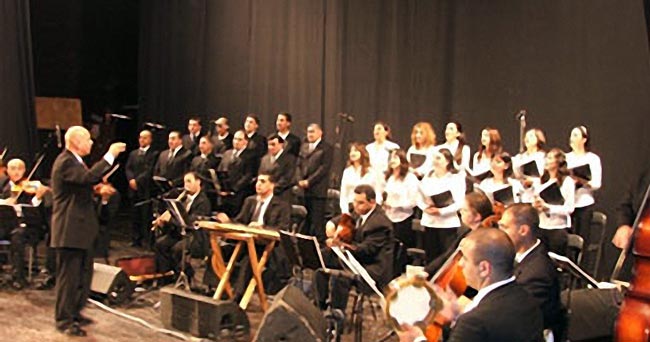 Dear listeners, welcome to a new episode of “Sama‘ “.

Today, we will be resuming the analysis of dawr “Yā ma-inta waḥishnī” written by Sheikh Muḥammad al-Darwīsh and composed by Muḥammad ‘Uthmān.

Our previous episode ended with the discussion about the shift section between the ḥijāzkār and the bayyātī 5th scale step.

After that, we had listened to a complete recording of the dawr performed by ‘Abd al-Ḥayy Afandī Ḥilmī, made by Zonophone around 1906 on three record sides.

Both Sheikh Yūsuf and ‘Abd al-Ḥayy Ḥilmī started the tarannum phase after the bayyātī –not before it– in the last part of the conclusion that we will also listen to later during this episode. 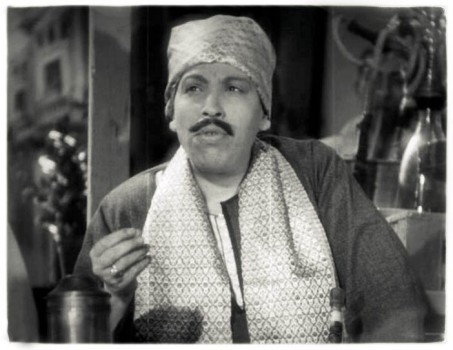 Ṣāliḥ ‘Abd al-Ḥayy sings a very strange phrase. He had clearly heard it or had maybe added it himself. Yet, it is a fixed phrase.

Later after the fixed phrase, he sings āhāt to the ḥijāzkār and the biṭāna answers him back. These āhāt are the start of the henk section, or are the henk, the tarannum.

After the tarannum, he has the band lead the shift to the bayyātī then continues the tafrīd he follows with the waḥāyid. This is very strange and another “dramatization”, or another understanding of the dawr’s “dramatization”.

This is why I insist that the set pattern is meant to “dramatize”. It is as if he wanted to place chapters, with each performer dealing with this “dramatization” through experimentation according to the moment, unlike all the other adwār.

Let us listen to the shift section performed by Ṣāliḥ ‘Abd al-Ḥayy. We will hear the fixed phrase that he repeats many times, then the tarannum –i.e. the āhāt to the ḥijāzkār –, and notice how the band leads him to the bayyātī, then he resumes the tafrīd.

We said that ‘Abd al-Ḥayy shortened it a lot.

But let us shed some light on a specific section, the transition from the bayyātī to the ṣabā, from the beginning of “Inta māliknī min albī” to “bi-el-ma‘rūf”.

Sheikh Yūsuf goes to the ṣabā following the mashāyikh’s pattern: he goes down the 4th scale gradually, from the bayyātī full 4th scale step to the decreased ṣabā 4th scale step…

Four stages until he reaches the ṣabā 4th scale step.

Ṣāliḥ ‘Abd al-Ḥayy attempts the same route, but he is an afandī, thus not used to going down the maqām gradually within the scale itself like the mashāyikh.

Have you noticed Sheikh Yūsuf’s biṭāna? He goes down and they go down. The same thing takes place with Ṣāliḥ ‘Abd al-Ḥayy. There is a great harmony between the biṭāna and the solo performer.

Note the ṣabā with Sheikh Yūsuf. He begins the ṣabā section then goes back again to the tafrīd. He leaves the dialogue a little and goes back to the tafrīd that he starts with the phrase he will use again to conclude the dawr. He concludes the dawr with this phrase after shifting to the jahārkāh and after everything else. But instead of stopping it at the ṣabā 5th scale step, he takes it back to the ḥijāzkār. He starts with this phrase then sings to the ‘ushshāq 1/6 of the 5th scale step that is from the maqām’s 3rd… a very pleasant ‘ushshāq. Then he goes back from the ‘ushshāq to the ṣabā to resume the biṭāna’s dialogue and also to receive the jahārkāh that will introduce the conclusion.

Let us listen to this breath-taking ṣabā phrase performed by Sheikh Yūsuf, to the great transcendence he reached with the ‘ushshāq.

Let us listen to it performed by Sheikh Yūsuf and notice the exploitation of technology in the shift. Notice how the takht starts the jahārkāh after the record is turned from the 3rd side to the 4th and last side. Listen carefully to the dialogue with the biṭāna.

Let us listen to another recording made maybe 60 years at least after Sheikh Yūsuf’s recording. Notice how the group interprets this dialogue. This improvised dialogue that is the peak of salṭana, pleasure and ṭarab, will become fixed. He divided the choir, even the men’s choir. He understood the “dramatization” of the dawr but in a way that is totally different from the way it was understood by Sheikh Yūsuf or by any other solo performer as to triggering pleasure, ṭarab, and emotion.

I would like, before listening to the waḥāyid section –the dialogue with the biṭāna which is the dialogue between ‘Abd al-Ḥalīm Nuwayra’s two groups–, to highlight that with Al-Manyalāwī, the role of ‘Ali ‘Abduh Ṣāliḥ’s nāy is prominent when he plays to the jahārkāh. Its sound is high and clear in the whole dawr, but it plays a beautiful part in this specific section.

I would also like to add that there is a cello player with Mr. ‘Abd al-Ḥalīm Nuwayra who went outside the norm and outside what was written, before the jahārkāh shift and performed some great ornamentations that I do not think were even accepted at that time, but that added beauty to the collective performance and gave it a very pleasant ornamented character. This musician –whose name I do not know– must be thanked.

Let us listen to this jahārkāh section performed by Sheikh Yūsuf and to a part of the dialogue performed by the Arabic Music Band conducted by Mr. ‘Abd al-Ḥalīm Nuwayra.

Now, let us study the conclusion.

We said previously that ‘Abd al-Ḥayy concluded to the ṣabā 5th scale step on purpose, not because the record ended or for any other reason.

In the conclusion in the Zonophone recording, he shifted to the jahārkāh. He was supposed to conclude to the ḥijāzkār, but he did not. He went back to the ṣabā and concluded. Here, he did not go to the jahārkāh at all. He conducted an extremely short dialogue with the biṭāna then concluded.

Whereas, when Ṣāliḥ ‘Abd al-Ḥayy shifts from the jahārkāh to the ḥijāz, he resumes the dialogue with the biṭāna and the waḥāyid, i.e. he sings a phrase to the ḥijāz then takes the āhāt that he had performed in the tarannum as a phrase he will repeat after the madhhab “Kēd el-‘awādhil kāyidnī” and concludes with it the dawr in a masterly conclusion that is very close to the dawr’s original conclusion.

Each performs the conclusion in a personal style.

Let us listen to the three conclusions and note how, even in a fixed element, it is possible to take initiatives and add variations without ruining the work.

Let us now listen to a complete recording of the dawr performed by Ṣāliḥ ‘Abd al-Ḥayy, and end this episode.

But before listening to the dawr, let us name the musicians:

We have reached the end of today’s episode of “Sama‘ “, and thus the end of our study of dawr “Yā ma-inta waḥishnī”.

We will meet again in a new episode of “Sama‘ “. 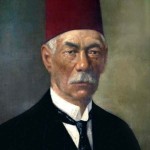 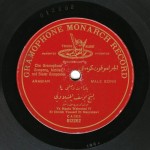