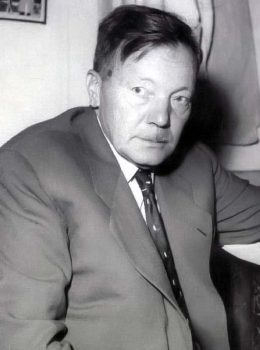 Mustafa Said: Welcome, dear listeners, to a new episode of Min Al-Tarikh where we continue our talk about Sheikh Zakariyya Ahmed and Om-Kolthoum, and, almost in the middle of this episode, we’ll have a new guest: Mahmoud Bayram el-Tunsi.

Frederique Lagrange: By the way, as we’re tackling the renovation in composing the music for Adwar, let’s regard a very stunning phenomenon: the extent of composing the music for the Aahat and henk parts in the Adwar recorded by Om-Kolthoum. Obviously, the Adwar which were composed during the era of Abdu El-Hamouli and Mohammed Othman or even those composed by Dawood Hosni or Ibrahim El-Qabbani which were recorded in the first twenty years of the twentieth century, there was a very wide space for improvisation, so, the Aahat part was exclusive to this or that singer although sometimes we feel that there’s an improvised part by the singer and other pre-composed parts, i.e., there may have been parts which aren’t from the singer’s imagination

F: exactly. These were the second generation which came after Abdu El-Hamouli and Mohammed Othman. However, what characterizes Zakariyya Ahmed’s Adwar is that they belong to the second generation Adwar, i.e., the parts are pre-composed, and as the recordings were meant to be exemplary, we don’t know how Om-Kolthoum used to develop the idea in real life. The existence of the composer among the chorus, however, gives these recordings a special flavour. In many of the Adwar recorded by Om-Kolthoum, we can clearly distinguish Sheikh Zakariyya’s voice amongst the chorus as one of the Madhabgiyya. One of these examples, I believe, is dawr Imta El-Hawa.

M: Imta El-Hawa is absolutely the most famous Dawr sung by Om-Kolthoum about which Ali Khalil mentioned that she had sung it in one of the radio concerts even before she sang in Ewart hall, i.e., between the inauguration of the radio and the first of her periodical concerts with the radio in Ewart hall, she used to give concerts in the radio building for several years. Ustaz Ali Khalil said that she sang it once in one of these concerts and it became her most famous Dawr so much so that some even considered it one of what is known as Qodoud Halabiyya. What I mean is that people in the Levant used to sing it as part of their Waslas.

F: And, unfortunately, though Sabah Fakhri possesses a very beautiful voice and musical imagination, i.e., though he has all the qualifications that enable him to treat it as a Dawr, he and even Mohammed Khayri don’t deal with it as a Dawr and, instead, sing the exemplary version of the recording.

M: Yes, yes, and we’ll never know how Om-Kolthoum used to sing it in her concerts, if even she sang it in concerts.

F: We could, however, have seen how Sabah Fakhri would have sung it, but he didn’t treat it as a Dawr.

F: In 1940 or 41, a new partner joined Om-Kolthoum and Sheikh Zakariyya Ahmed. 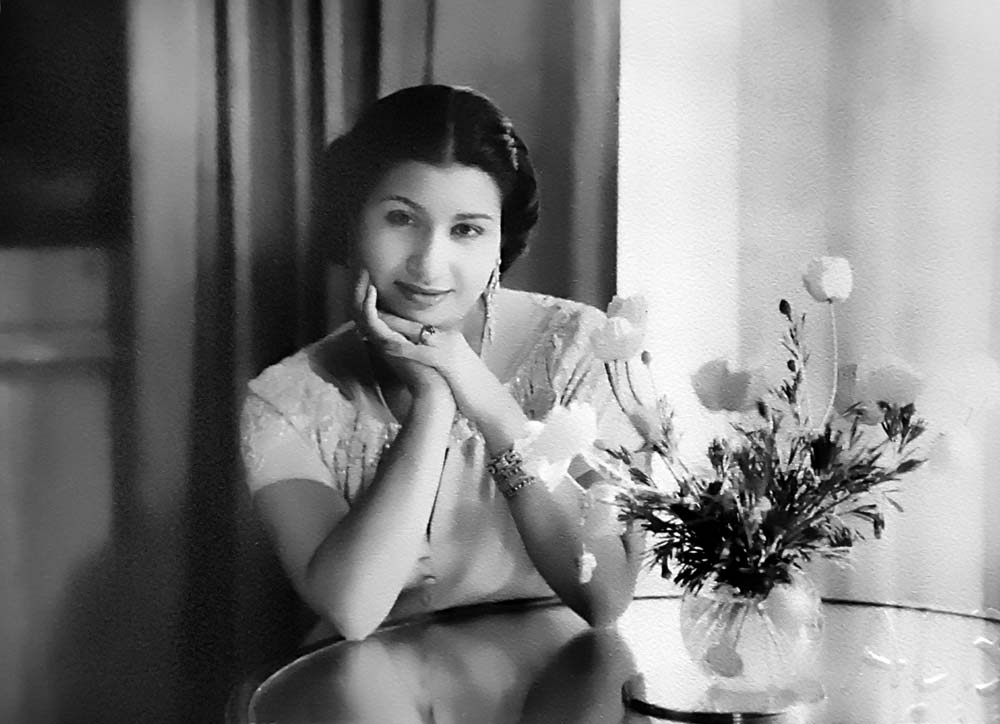 F: Yes, Bayram. Bayram had worked with Sheikh Zakariyya before that time. Bayram used to be in the music scene. I don’t want to devoid from facts, yet probably the reason for Bayram’s absence in the 1930’s was his banishment. He could have sent texts to Egypt but, probably, he was very busy either in Tunisia or in France, and this may be why no collaboration took place between him and Sheikh Zakariyya and Om-Kolthoum before 1941. When they began working together, something like the licit magic occurred because a new creature appeared: a lady called Om-Kolthoum Ibrahim El-Beltagi who, once on stage, is replaced by Om-Kolthoum only, without Ibrahim or El-Beltagi, i.e., she became this legendary Idol who went on telling his emotional state concert after concert. Was this legendary idol a single being or a being connected with the identity of the lyricists and the musicians? Om-Kolthoum, Rami and Elsonbati was different from Om-Kolthoum, Bayram and Zakariyya. Om-Kolthoum with Rami and El-Sonbati was very simple in her miserable and broken feelings. Rami was very direct and didn’t play with his lyrics. He used to describe a specific emotional state which expressed oppression, sadness, torture and the eagerness of the lover who gets no response from his beloved. On the other hand, Om-Kolthoum, Bayram and Zakariyya became united whenever Om-Kolthoum got on stage to make a different tripartite creature who added a playful dimension to this composition. There was always playing either in the lyrics, the performance or in the music.

M: From the three of them together.

F: certainly, they were together in everything. We don’t feel that Om-Kolthoum is singing solo, yet the three of them were completely mixed and milting as one. There’s always a sort of critical dimension by continually playing with and deceiving the listener like in Hilm form instance. We seem to live very happily for almost the entire song, and by the very end we discover that all this was just imagination, a dream. There’s a coup-de-Theatre that takes place suddenly at the end.

M: Yes sir, it’s not, however, only a coup in the lyrics and the story, but also in the music. Sheikh Zakariyya began his song in Maqam Rast with a Hijaz from the fifth which they call Suzinak or Rast Sharqi, not important, and following the completion of Rast or Rast with Hijaz from the firth, he modulated to Segah, a very natural modulation to the third of the rast, note and tone. Then he goes to the fifth note of the Rast, i.e., Nawa or Panjgah, and he modulates to Dugah or Bayyati from there, again a very normal behaviour in Rast. Then he goes up to the Kurdan note where he modulates to Maqam Kurdan, a branch of Rast, and which is still very normal. Yet, when he comes to the end when he says that all this tune is entirely imaginary and only in the dreams, he makes a coup from the same note Rast, the very normal beginning of the Sultani scale [Yegah, Dugah, Segah, Chargah, Panjgah, Shishgah and Haftgah], from this same tonic he modulates to Hissar, which is called Nawa Athar in this context, still a branch of Hissar, in short, a coup against all the intervals he started with. Let’s listen to the full recording, not the shortened one of Cairo Phone, of the song Holm which she sang most probably in 1944. Lyrics by Mahmoud Bayram El-Tunsi, music by Sheikh Zakariyya Ahmed, sung by Om-Kolthoum. And, with this song we end this episode of Min Al-Tarikh. Until we meet again in the next episode about Sheikh Zakariyya Ahmed, Bayram El-Tunsi and Om-Kolthoum.

[Listen to Holm from Om-Kolthoum.]. 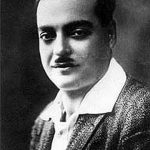 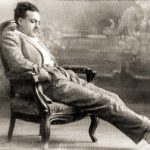