Today’s episode is about the bashraf (pre-composed instrumental form with often quite long binary rhythmic cycles, played as a prelude to the waṣla. The structural pattern of the bashraf generally alternates four khāna-s and the taslīm/ritornello. There are other types of semi-composed bashraf alternating one or two composed sections and an improvisation in a binary rhythm responsorial between the instrumentalists (see taḥmīla)) qarah baṭāq sikāh, a work by Khuḍr Āghā who played the kamān (violin) or kimān (bow) –kimān tshēh means “with a bow” as we mentioned in a previous episode about the violin–… I think it was the violina rather than the viola. Kimānist Khuḍr Āghā died in the mid 18th century A.D., around 1760, i.e. towards the end of the 12th century hijrī.

The qarah baṭāq is the cormorant, a Burmese bird, and this work might have been named qarah baṭāq because it includes dialogues between a plectrum plucked instrument and a bow instrument. The cormorant, commonly found on the shores of the Bosporus, in Istanbul, Turkey, emits a very distinctive sound that may be behind its appellation. The bashraf qarah baṭāq is the problematic work par excellence as it is among the works that were arabised, seemingly, at a very early stage, possibly during the lifetime of the violinist Khuḍr or very shortly after he passed away, or at the latest at the beginning of the 19th century. Furthermore, the person who arabised it had a unique musicality worth a million contemporary PhDs: this bashraf was not arabised in the same manner as the other bashraf-s, such as:

Our discussion about the bashraf qarah baṭāq sikāh will be done in brief today and in detail later:

In brief: the person who arabised this bashraf selected the khāna-s, transformed the dialogue into an improvisation, and changed the rhythm of the last khāna.

We do not know why:

The rhythm of the bashraf is 32 ṣūfī kabīr or ṣūfiyān kabīr… call it whatever you wish. The point is that it is a 32 beat’ rhythm often used in Turkish bashraf-s.

We have over 15 recordings of this bashraf, some of which we will listen to in full, while we will only listen to part of others because of the episodes’ duration restrictions.

Based on the catalogues, I think that it is the instrumental work that was recorded the most in Arab music, knowing that I only found two recordings of it in Turkey, either because it was not famous or because it just happened that it was not recorded.

The Arabic recordings include those made:

(The other recordings were made either in Cairo or Alexandria.)

We have published two recordings out of these:

Besides these, we have a recording of:

Our Turkish recordings include those of:

These recordings do not exclusively belong to AMAR’s library: 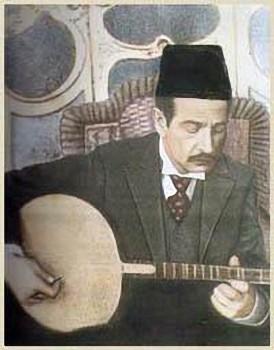 Let us now listen to this bashraf played following both the Turkish (original) manner and the Arabic manner:

We do not have a recording of the Turkish version made before 1912. Yet, knowing Jamīl Bēk al-Ṭanbūrī’s ability, we can affirm that his version is as close as possible to violinist Khuḍr Āghā’s original version.

The two recordings we will listen to start and end with taqsīm-s:

The two recordings are on two sides of a 27cm record. Yet, unlike Odeon’s recording, in Jamīl Bēk al-Ṭanbūrī’s recording, each side is introduced separately, i.e. we can hear “Orfeon Records” twice. One must not mistake Side 2 for a repetition of Side 1.

Let us listen to the two versions …

The first impression conveys that these two versions are completely different, with no relation whatsoever between them. Starting nest episode, we will discuss in detail the similarities and differences mentioned broadly at the beginning of today’s episode.

You have a whole week to listen to these two versions and make out the similarities and differences.

We have reached the end of today’s episode of “Sama‘ ”

We will meet again in a new episode to resume our discussion about bashraf qarah baṭāq sikāh. 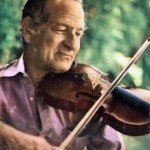 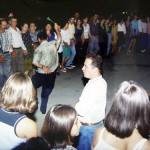