Today we will resume our discussion about the bashraf qarah baṭāq sikāh by kimānist Khuḍr Āghā, arabised by a great musician whose name we do not know. We mentioned that this bashraf (pre-composed instrumental form with often quite long binary rhythmic cycles, played as a prelude to the waṣla. The structural pattern of the bashraf generally alternates four khāna-s and the taslīm/ritornello. There are other types of semi-composed bashraf-s alternating one or two composed sections and an improvisation in a binary rhythm responsorial between the instrumentalists) was probably arabised not too long after it was created, i.e. if its author lived in the mid-18th century, then the bashraf was probably arabised in the late 18th century or early 19th century at the latest.

We ended our last episode with the taqsīm-s (modal improvisation) and explained in detail that turning the dialogue into a taqsīm did not part completely from the dialogue phrases, at least not in the early recordings. 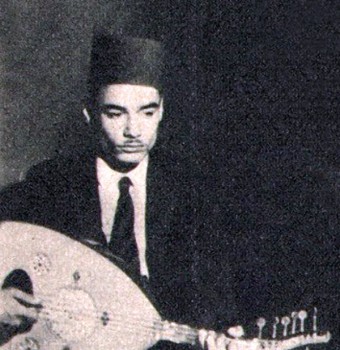 We had also mentioned in an earlier episode that he turned the dialogue into taqsīm-s –played by each instrument– into something similar to a taḥmīla (cyclic instrumental improvisative responsorial form to a binary rhythm), not into a taḥmīla as such, because the evolution of the structure of the improvised phrases, i.e. the taqsīm-s ‘ala l-waḥda, in the taḥmīla is based on playing the maqām (musical key) note by note –we had explained this in our discussion about the taḥmīla and the taḥmīla rāst– or on phrases that are repeated, or the phrase that changes and is repeated. This case is different: here, the evolution of the phrases is based on the maqām and its ghammāz-s (tonic) … (♩)

Let us listen to another sample …

They try to deliver taqsīm-s that are as much as possible equal to the radd-s (répons). Here is the radd …

Let us listen to a number of taqsīm-s that include equal su’āl-s and jawāb-s, i.e. with the same beat’ count …

So, the long measure is not very absent, at least not in the early recordings.

We have presented most factors that are shared by both the arabised and the original versions.

Let us now analyse the progress of the separation between the two versions: The first separation from the major measure appeared in Amīn al-Buzarī’s 1909 recording when he removed the fāṣila (separation) between the taslīm and what became the lāzima (chorus) among the instruments, … (♩)

In the case of equal su’āl and jawāb, these two beats are supposed to complete the 32-beats’ count, i.e. complete the incomplete cycle. He removed it and played a full rubā‘ī rhythm …

Concerning the extension: they did not abide anymore by an 8-beats’s measure, i.e. by equal taqsīm-s and radd-s, equal su’āl-s and jawāb-s …

We notice that they started extending.

Then they separated completely… We can hear taqsīm-s that are outside the measure, i.e. there is a ‘ala l-waḥda rhythm, yet the taqsīma is not ‘ala l-waḥda …

During this period, some were still attached to the existing whereas others were rather academic, i.e. while being good musicians, they had learned from books, not from listening and memorising.

Until –this is unimportant– they started writing the taqsīm-s from listening to old records. So the taqsīm-s they played were not taqsīm-s anymore since they were now written.

You can find many recordings on the Internet. This is not our point.

The bashraf flew beyond the Egyptian frame, and reached the Levant where it was performed and recorded. There is a recording of Zakī, Petro, and Sāmī al-Shawwā.

The sound is not very clear.

He clearly tried, but was unable, to go outside what he had heard and to play his signature continuous pick. 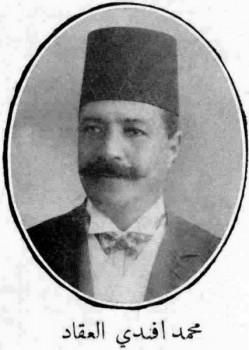 Musical pieces had apparently started to be brought through the photograph.

In relation to this, let us end today’s episode with a recording of the jawq (ensemble) al-‘irāqī al-mumtāz whose musicians had either heard the bashraf played by an Egyptian takht in Iraq, or had visited the Levant themselves, or had simply heard it on a phonograph.

Before listening to these marvellous taqsīm-s, let us point out that the separation or difference here is in the language.

Let us listen to the taqsīma phrase played by Iskandar Afandī …

He played it in a very strong Iraqi language… a very beautiful perspective. 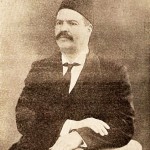 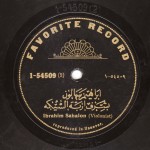