We think that this bashraf (pre-composed instrumental form with often quite long binary rhythmic cycles, played as a prelude to the waṣla. The structural pattern of the bashraf generally alternates four khāna-s and the taslīm/ritornello. There are other types of semi-composed bashraf-s alternating one or two composed sections and an improvisation in a binary rhythm responsorial between the instrumentalists) was arabised during the same century it was created, because of the following:

The main reason is that the “arabiser” abided by two elements:

We also mentioned in our previous episodes –in relation to the mood issue– that he turned these dialogues into taqsīm-s (modal improvisation), displaying and analysing the differences and similarities between the dialogues and the taqsīm-s.

We will start this episode with a surprise: 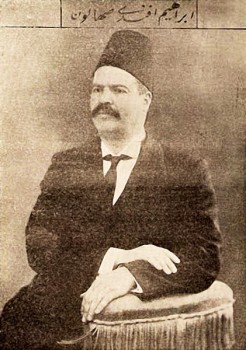 This was a completely different khāna that exists in no other recording, which further confirms that this bashraf was arabised quite soon after it was composed. It seems that this khāna was cancelled, or was lost with the phonograph because instrumentalists cared more about performing taqsīm than about playing a fixed melody… And the phonograph’s duration restriction did not allow for this.

Furthermore, Muḥammad al-‘Aqqād only played it in this recording that is his first existing record. He participated in two or three other recordings but did not play it in those, even though he played with the same takht, i.e. takht al-‘Aqqād. So it seems that it was cancelled and that very few still played it in 1908 when this recording was made.

And ‘Alī ‘Abduh Ṣāliḥ participated in three recordings besides this one, but he never played this khāna. Yet he did memorise it with Muḥammad al-‘Aqqād, which may indicate that it was played in live performances.

In this recording, takht al-‘Aqqād played two beats outside the rhythm between the khāna and the lāzima. We have equalised this discrepancy and took back the khāna to the same meter, as they had clearly made a mistake in the recording. Of course they did not have the technology to fix it, so we did it for them …

The same logic is followed. Let us analyse it one measure at a time:

The first measure is supposed to be played by the band.

Here is the Turkish version …

Here is the Arabic version …

…The same differences related to the scale and to shortening the long note… There is nothing new.

And the “arabiser” followed the same style that he used in the first khāna, i.e. not turning the dialogue into taqsīm-s but rather into a melody played by the whole band.

He took the following part of the dialogue…

… And worked on it. He did not continue it though, as he worked on the same part until he finished the khāna following the aṣl-s, not outside them …

So, he followed the same arabisation pattern in both the second khāna and the first khāna.

The fourth khāna in the Turkish version …

At first impression, there seems to be no relation whatsoever between them.

He changed the rhythm into a 10/8, and turned the aṣl-s into those of a samā‘ī thaqīl. 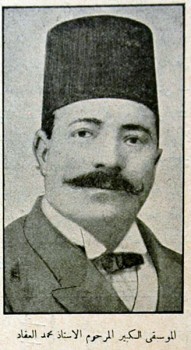 What are the reasons behind this? … Did the muṭrib (singer) sing muwashshaḥ (plurimetric and plurirhyme Arabic poem) “Yā naḥif al-qawām” after it?… Did he decide to end the bashraf on a cheerful note? God knows… But he certainly did go outside the bashraf’s system, knowing that aṣl-s do not change in a bashraf, unlike the samā‘ī whose fourth khāna’s rhythm becomes fast and light, not thaqīl… We do not know why he changed the rhythm into a 10/8. It could be for any number of reasons.

In the Turkish version, he continued with the same aṣl-s since they traditionally do not change at the end of a bashraf as they do in a samā‘ī.

Here is the second part in the Turkish version …

There are some similarities.

The “arabiser” shortened the rhythm: Within the 32-beat’ measure, he removed one half from each ḍil‘ (part) to reach a 30-beat’ measure, i.e. three samā‘ī thaqīl measures.

Thus, it sounds as if he were repeating the same phrase … (♩)

Then he concluded with the same conclusion …

Then, he did the same thing when he modulated to the maqām’s fifth step … (♩)

Here is the Turkish version … (♩)

He followed the same logic consisting in shortening the end of the phrases to adapt them to the new aṣl-s he chose, i.e. the samā‘ī thaqīl. Since he chose the samā‘ī thaqīl, he will thus not go back to the lāzima … (♩). There was no point in doing so since he had decided to perform a cheerful conclusion, or maybe because he wanted to prepare for the beginning of the muwashshaḥ the muṭrib would sing… Nobody knows, as we said. So he had to conclude to the sikāh, to the qarār of the maqām (musical key), and went back to the first khāna that became the qafla …

The khāna ended as it had started.

To illustrate the connection between the two versions, let us listen to the Arabic khāna, then to the Turkish one that we accelerated through technical prouesse, which will make things cleared for those who still have doubts concerning the shortening of the ending of the phrases in the aṣl-s, i.e. the minor waḥda-s …

I truly admire the person who arabised this bashraf. He neither acted arbitrarily nor instinctively… This is the work of an extremely talented musician who was very knowledgeable as to the differences between the moods and as to the aspects of the two languages, who knew tens or hundreds of Turkish bashraf-s, and chose this bashraf based on its compatibility, and who had memorised a substantial Arabic repertoire, and reached a peak of talent and intelligence in arabising this bashraf.

Let us end this discussion with Muḥammad Afandī al-‘Aqqād, Ibrāhīm Sahlūn, and ‘Alī ‘Abduh Ṣāliḥ in a gramophone recording part of which we listened to at the beginning of this episode.

But first, we would like to thank the persons and universities who lent us recordings. We thank Sheikh Khalid bin Hamad Al-Thani, Mr. Fikrat Karakaya who helped us with a wealth of information about this bashraf, and MM. Ahmad al-Salihi, Fadil al-Turki, and Muhsin Suwa, Abu Alaa’.

We will meet again in a new episode of “Sama‘ ” to discuss and analyse a new musical work. 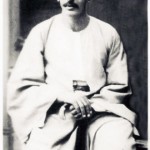 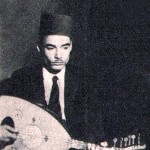