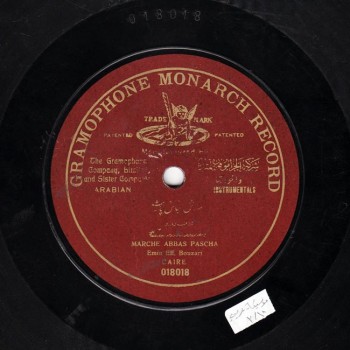 ‘Abbās Ḥilmī Ibn Muḥammad Tawfīq Ibn Ismā‘īl Ibn Ibrāhīm Ibn Muḥammad ‘Alī was born in Alexandria on July 14th 1874. He ruled Egypt before he was 18, starting January 8th 1892, after his father Khedive Muḥammad Tawfīq, until the Royal British decree to depose him from office and replace him with his uncle Ḥusayn Kāmil Ibn Ismā‘īl on September 19th 1914. Consequently, Egypt that used to be governed by a Khedivial system theoretically submitted to Istanbul’s Ottoman Empire was now under British protectorate, and the Khedive was now a Sultan submitted in effect to the British Empire.

Khedive ‘Abbās held art in high regard and supported poets, intellectuals and musicians. Thus many saw him as Khedive Ismā‘īl’s successor, even with regard to his deposition, as his grandfather was also deposed from office by the British, but by direct Royal decree.

Khedive ‘Abbās believed the Caliphate system was a necessary reference. He was in constant conflict with the British and had several political battles with them, some of which he won but most of which he lost. This conflict led to his deposition from office, yet it earned him the respect of the masses as well as the elite inside and outside Egypt.

His relationship with the Ottoman Empire was embodied through his visit to Topkapi after he was appointed Khedive in order to give thanks to Sultan ‘Abdulḥamīd. It is also depicted in his memoirs where he mentions the correspondence between him and Sultan ‘Abdulḥamīd who motivated and helped him in his political battle against the British, if it suited his interests. 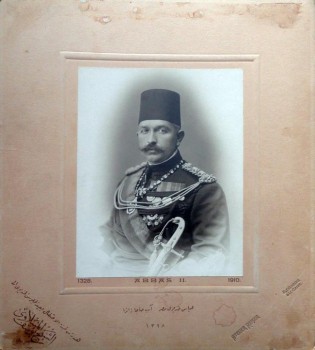 This relation is clearly praised in some songs.

It begins as follows:

He continues his praise of the Sultan to the end of side one. An instrumental passage introduces the Sultan’s praise.

The second side starts with:

Mentioning ‘Abbās after ‘Abdulḥamīd was meant to confirm ‘Abdulḥamīd as the reference regardless of the fact that the recorded passage praising ‘Abbās is longer, as there is no musical introduction on the side dedicated to ‘Abbās.

After his deposition from office, Khedive ‘Abbās could not return to Egypt, so he moved between France and Turkey until he died at nearly 70 in Geneva Switzerland on December 19th 1944. Khedive ‘Abbās Ḥilmī II was popular among the Egyptian people during his reign and after his deposition. His popularity had started from the first day of his reign: unlike his father, his opposition against the British was as obvious as his support of the Egyptian people against them.

After sacking the government of Muṣṭafa Fahmī Pasha and confronting British Agent and Consul General in Cairo Lord Cromer, the young Khedive went to pray the following Friday in the Ḥusayn Mosque in Cairo where the people cheered and praised him. His popularity increased with his support of Muṣṭafa Bāshā Kāmil, and above all with his policy of reform and improvement of the education sector and all government institutions.

The popularity of Khedive ‘Abbās II did not die with the end of his reign. It actually continued and increased well after he was deposited. The Egyptians used to chant “Allāh ḥayy, ‘Abbās gayy” (Allah is alive, ‘Abbās is coming back) in their demonstrations against the British. This slogan was even heard during the 1935 Intifāḍa, –more than 20 years after his deposition from office. 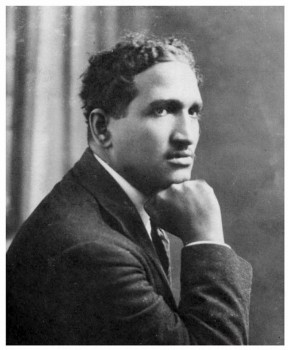 The madhhab of this dawr is relatively long compared to other adwār. It is constituted of eight hemistiches, and the first letter of each hemistiche’s first word is a letter contained in the name ‘Abbās Ḥilmī.

“‘Awaṭfak” that starts the first hemistich starts with the letter “ ‘ “ (‘ayn) which is the first letter of “ ‘Abbās”;

then “Bass ishmi‘nā”, the first letter “b” being the second letter of “ ‘Abbās”;

etc… up to the eighth and last hemistich of the madhhab that starts with “Yā malīkī”, the first letter “y” (or “ī”) being the last letter of “Ḥilmī”.

“‘Khāyif”, the first word of the first hemistich “‘Khāyif aḥkī” starts with the letter “kh“ which is the first letter of “Khidīwī”;

“Dabbirnī”, the first word of the second hemistich “Dabbirnī ‘alashān” starts with the letter “d” which is the second letter of “Khidīwī”;

etc… up to the eighth and last hemistich of the dawr that starts with “Rasm el-dhill”, the first letter “r” being the last letter of “Maṣr”.

Putting together the first letters of the dawr’s and the madhhab’s hemistiches results in the following sentence:

Illustrating the people’s opposition to his deposition by the British. 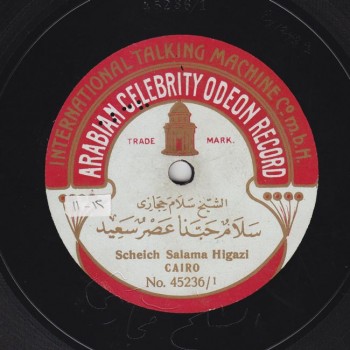 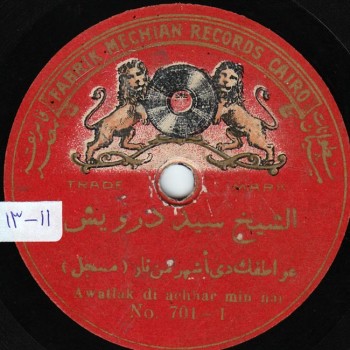 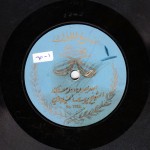 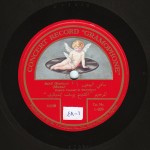