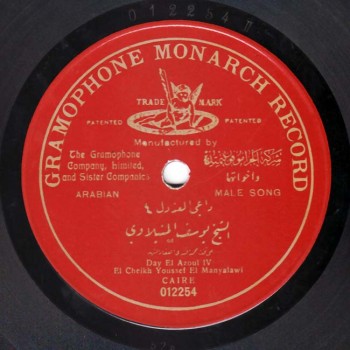 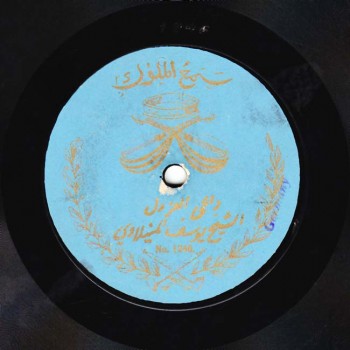 Today, we will be resuming the analysis of dawr “Da‘ el-‘adhūl” written by Sheikh Aḥmad ‘Āshūr and composed by Dāwūd Ḥusnī.

In our previous episode with Prof. Frédéric Lagrange, we had conducted a historical and social analysis of the dawr and we had discussed the way to deal with it and the way muṭribīn memorized it while taking into account their background…etc.

We listened to the madhhab twice and to the dawr once in its version we have agreed is the model version.

How shall we proceed?

Do we discuss the madhhab again, or do we start the comparison between the two versions? What shall we do, Sir?

The mic is yours. 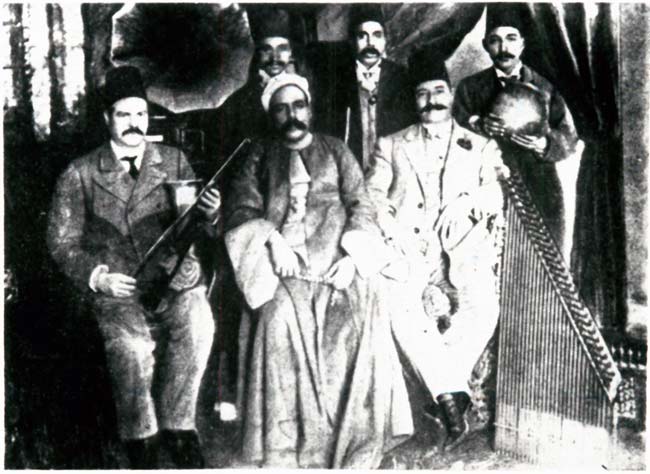 Obviously, we will notice directly the performance characteristics in Al-Manyalāwī’s interpretation. The Sheikh places what we have described as expected performance phrases, such as –no offence–this word:

Let us listen to this sentence…

This phrase is performed to the ḥijāz.

The dawr’s 3rd record side ends with this miraculous fragmented rhythm.

In this beginning, he performed several successive motets to the ḥijāz and replies to the nakrīz by going back and forth between settling on both the nawā and the jahārkāh scales. He also added numerous “fireworks” to what was performed in the previous side. Then, in the end, Abū Ḥajjāj concluded his performance very briefly and opened a new part of the dawr’s parts.

Another strange occurrence in the performance of the dawr is the qafla (finale).

The Sheikh performs an invocation (a plea for mercy) in the qafla “Yā ‘āshiqīn i‘dhurūnī”.

And the listener is surprised by this qafla that remains mu‘allaqa (suspended) to the kardān scale and the sīkāh note at the end of the 4th and last side, i.e. he does not go down and back to the ḥijāzkār.

The 4th and last record side of Al-Manyalāwī’s version recorded by Gramophone leads to a deduction concerning the elements related to the performance policy and to the issue of variation.

At the beginning of the 4th side, Al-Manyalāwī repeated the same creative fragmented version “ ‘awādh lak lāmū nī” with which he concluded the record’s 3rd side. Which proves that it was not the result of instantaneous imagination, and that this strange and splendid fragmentation (scansion) is one of the performance characteristics in Al-Manyalāwī’s version of the dawr, not a characteristic of the original dawr’s melody. There is no trace of such rhythmic latitude in Muḥammad Salīm’s performance…

Or in anybody else’s performance.

…Or in anybody else’s performance

Moreover, the listener will undoubtedly think that the ending of the record’s duration is the reason behind this qafla mu‘allaqa to the sīkāh at the end of the dawr: the first hypothesis that occurs to the listener when he discovers this qafla mu‘allaqa (suspended finale) at the end of the Gramophone recording is that the recording ended before Sheikh Yūsuf al-Manyalāwī was able to go back to the rukūz (settling), whereas the analysis of the Sama‘ al-Mulūk version –the recording we will listen to now– contradicts this first impression.

Because he ends to the sīkāh from the same place.

The first lesson we learn from listening to the Sama‘ al-Mulūk version –not as widespread as the Gramophone version– is not to be hasty while analysing some confusing particularities in the old recordings.

Or the absence of taqāsīm at the end of the recording, as we are surprised at a conclusion that is an exact copy of the one on the 1905 recording.

Either Sheikh Yūsuf al-Manyalāwī was caught short, twice, by the ending of the record time during the recording session, which is an unlikely hypothesis, especially that he would not have repeated the “ ‘awādhlak lāmūnī” part at the beginning of the 4th record side –made by Gramophone– if he still had in store substantial singing material he had not performed yet;

Or –and this seems more logical– he had perfected throughout the years his own model version of the dawr, based on a detailed structure to which he would add or from which he would retrieve specific performance sections, and that includes numerous compulsory characteristics that are the muṭrib’s signature in the performance of the dawr.

Or maybe he liked the Sama‘ al-Mulūk qafla, so he repeated it with Gramophone.

Finally, it is obviously impossible to reach definite deductions based on a comparison between two versions only. This attempt must be completed by the study of other versions of the dawr performed by different singers.

A comparative study aims at deepening our knowledge of the aesthetic pillars during the Nahḍa period, and it has become easier in our era thanks to the contemporary techniques that allow all amateurs and researchers access to the works of the Nahḍa school.

We thank Prof. Frédéric Lagrange for this fantastic and fruitful analysis.

Here is dawr “Da‘ el-‘adhūl” in full performed by Sheikh Yūsuf al-Manyalāwī and recorded by Gramophone. 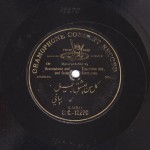 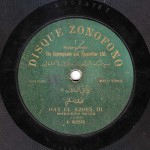