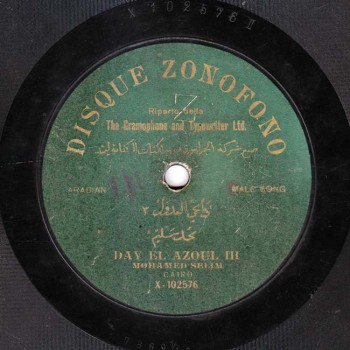 In this episode, we will be analyzing many aspects related to the Nahḍa period in general and to this dawr in particular through some recordings of this dawr.

It was composed before the phonograph era and is among the long adwār that include numerous articulations and melodies. Thus, it may have been composed during the last decade of the 19th century, when Dāwūd Ḥusnī had to affirm his position amongst the composing geniuses such as Al-Ḥāmūlī and Muḥammad ‘Uthmān.

They were called “the young composers”. 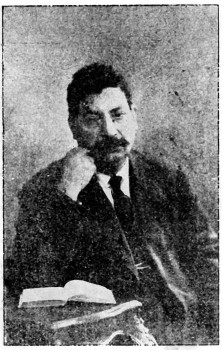 Dāwūd Ḥusnī had to offer amateurs of fine singing a dawr to the ḥijāzkār that could compete with other works to the same maqām such as “Yā ma-inta waḥishnī” or “Allāh yṣūn dawlat ḥusnak”, also fully loaded works that leave the listener fully satisfied and satiated.

Every cloud has a silver lining.

Today, we will study this dawr to illustrate the variations that affected the performance of adwār at the beginning of the 20th century: the issue of the fixed and the variable elements is at the core of our study.

It is possible to approach the concept of variation from two different angles: the variation can be in comparison with a model version, i.e. what is the difference between the dawr we are listening to and the model version set by the composer? Anyway, this model version remains hypothetical in the absence of a recording with the composer’s voice.

And if there were a recording with the composer’s voice, would this imply that he meant to define it as the model version?

This is the problem.

First, it was very difficult for us to find a recording of this dawr with the voice of Dāwūd Ḥusnī. That is if there ever was one.

This dawr exists in catalogues.

It is indeed mentioned in catalogues.

Also, if we were ever to find this lost record, on what basis would we decide if it simply represents a performance, i.e. the imposing of the performer’s personality and instantaneous improvisations, or a model meant to be the skeleton or the “pure” version of this work? That is if this is worth something concerning the dawr form.

Anyway, the pure model version of the dawr can only be reached based on internal and external standards:

By internal standards, I refer to the comparison between different recordings of a specific piece performed by different muṭribīn accompanied by different tukhūt, in order to make a distinction between the fixed elements, i.e. intervals of the dawr in the madhhab and the first phrase in the dawr and in the successive waḥdāt and the compulsory melodic sections.

By external standards, I refer to the performer’s reputation according to his contemporaries’, ex: Sayyid al-Ṣaftī surnamed “Al-muṭrib al-amīn” (the trustworthy muṭrib). Of course, the issue of trustworthiness v/s the composer’s wish –supposed wish– is a difficult dilemma. The muṭrib may have a reverential respect of the work he is performing, or on the contrary, he could be an intrepid muṭrib who longs to subject the melody and imprint it with his personal signature.

Contrary to ‘Abd al-Ḥayy Afandī Ḥilmī whose recordings –all of them– prove that he disregarded the composers’ intention to set his dawr as a fixed work and dealt with it as if it were his personal property.

What is, initially, the meaning of trustworthiness in ṭarab? When the creativity and the ability to improvise are both among the standards of genius in relation to the audience, and when this audience expects the fervour of the spark of genius in the performance of the piece they love and know?

Then trustworthiness only consists in what we could call the fulfilment of the composer’s right, i.e. respect of the fixed elements he has sowed in his work.

On the one hand, this does not impede but actually requires the development of these fixed elements as well as new additions.

On the other hand, the variations must also be studied between two different recordings of a work in the voice of the performer himself. This is only possible if this performer has recorded the dawr more than once with different record companies or with the same one, but of course 5 or 10 years later.

This did happen more than once with Sayyid al-Ṣaftī who recorded with Odeon at the beginning of the 20th century then during the 1920s.

Sometimes we may even have a demo record and a published record of the same dawr.

Exactly, and this truly helps us to compare and to find out the fixed elements in the performance of a specific muṭrib.

On the one hand, what is the extent of variation with one performer?

On the other hand, what is the extent of variation between the performance of a muṭrib and another muṭrib’s performance?

I think both… depending on who were the composer of the dawr and the performer it was composed for.

Often, the beginner muṭrib had memorized the dawr from performing it over and over while being a madhhabjī in a takht.

After becoming a full-fledged muṭrib, he would impose his personality and append his personal signature to the dawr… when he is allowed to do that.

But what about the professional muṭrib?

What do you mean?

You mean the performer who went from inshād to ṭarab directly, who was never a madhhabjī, who was among the great munshidīn then became a muṭrib…

Hmmm… Often, he had heard the dawr directly performed by ‘Abduh al-Ḥāmūlī. They knew each other and we know that they travelled together to Istanbul more than once. There certainly was a direct exchange between the muṭrib and the composer.

In my opinion, the version matured with the passing of time. When a specific version matures in the mind of a muṭrib, and when he wishes to impose his personality to the dawr, he has to stamp specific parts of the dawr with his signature.

I think that Al-Manyalāwī’s particular pronunciation of the “b” was awaited by the audience. They knew that he was going to perform this part in this specific way…

Will you play it for us?

This is one of the performance characteristics.

Can you play it for us…

The recordings made by “Sama‘ al-Mulūk” are a valuable source to conduct these comparisons in Al-Manyalāwī’s work.

Luckily, dawr “Da‘ el-‘adhūl dā min fikrak” is among the works we have in two different versions. The “Sama‘ al-Mulūk” recording made in 1905 with an approximately 13 minutes duration seems brief compared to the recording made by Gramophone where the Sheikh sang for approximately 20 minutes. The Gramophone version is the most widespread version among record collectors and music amateurs.

Let us go back to the subject of performance characteristics in the dawr.

Let us start with muṭrib Muḥammad Salīm. Muḥammad Salīm is not among the 1st rank muṭribīn. He is a talented muṭrib with a beautiful voice and a good performance, but not among the great mashāyikh from whom we may expect and await a personal signature in the performance of the dawr. Muḥammad Salīm can be considered as a starting point. In the absence of a recording by Dāwūd Ḥusnī, this recording can be considered as an image reflecting in a way or another the will of the composer.

Especially that he performs this dawr, and even other adwār, in a very rigid way.

You are being very hard.

I mean by “rigid” that he is not like Al-Manyalāwī or Ḥilmī.

Of course. That is why he is not a genius, just an experienced professional.

Before analysing the dawr, let us end today’s episode with Muḥammad Salīm’s recording in order for our listeners to have a comprehensive idea of the dawr.

After having discussed the social and historical background of the dawr, let us end today’s episode with Muḥammad Salīm’s recording. 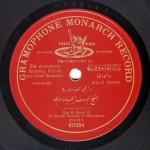 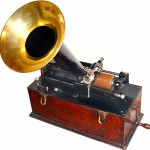