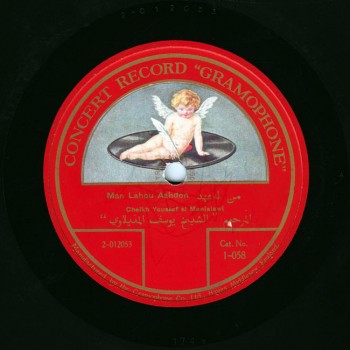 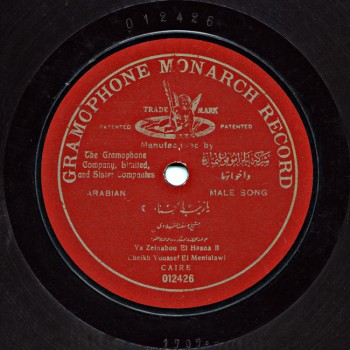 listeners, welcome to a new episode of “Min al-Tārīkh”.

Today, we will resume our discussion about Sheikh Yūsuf al-Manyalāwī.

Here are the lyrics:

The mawwāl is built on homonymy or on juncture, and offers listeners both the pleasure of enjoying the performer’s beautiful voice, as well as the pleasure to try and solve the mawwāl’s riddle.

Let us analyse the lyrics:

…which we have just done for you… Enjoy… 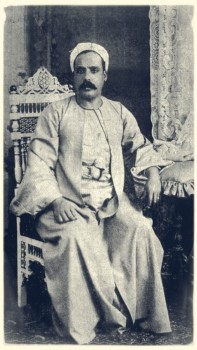 Sheikh Yūsuf al-Manyalāwī was a munshid. Consequently, qaṣīda or literary lyrics writing had a significant place in his artistic journey. I have specified “literary lyrics writing” because he also sang pieces that included takhmīs for example, not only direct poetry. So, qaṣīda here refers to the qaṣīda as a musical form, not as a poetry form.

First, let us look at his repertoire of qaṣīda and where they came from.

The proportion of qaṣīda in his recordings is higher than that of all his contemporaries. He specialized in the performance of qaṣīda, notably the qaṣīda ‘ala al-waḥda…

When was the qaṣīda ‘ala al-waḥda included in the practices of takht music, literary music as we call it?

I think that singing qaṣīda ‘ala al-waḥda in the takht was introduced by munshid who accepted to sing with takht and the idea of converting from religious singing to mundane singing, knowing that the difference between the religious and the mundane is minor or abstract, and that the line separating them is not very clear.

Anyway, the line separating them concerns the lyrics, not to the melody.

How did biṭāna art reach the takht?

I doubt that the qaṣīda ‘ala al-waḥda was the dowry brought by the munshid’s art to this marriage that took place in the last third of the 19th century between mundane tradition and the munshid’s art. Where did the texts come from? When we examine the origin of the poetry texts that were sung, half these qaṣīda were Sufi qaṣīda, whether they are understood through a religious explanation or a mundane explanation.

The characteristic of the texts of ‘Umar Ibn al-Fāriḍ, among other Sufi of the Ayyubid era, then the Mamluk era, then the Ottoman era, is that they can convey both a religious meaning or as love poetry…

Half this repertoire recorded by Yūsuf al-Manyalāwī consists of the same religious Sufi texts that may also convey a mundane or love poetry meaning. The second half consists of the qaṣīda written in the Abbasid era. I personally doubt that singing those remained constant throughout the centuries and I think that Abbasid poetry was re-discovered, especially that a number of qaṣīda recorded at the beginning of the century are included in Al-Bārūdī’s anthology.

A significant number of anthologies appeared in the late 19th century: chosen works from dīwān (compilations), several poets in one book, a new edition of Abī al-Faraj al-Aṣfahānī’s “Kitāb al-Aghānī” (The Book of Songs), even music books such as “Safīnat al-Mulk” and Al-Khula‘ī’s book that included a few qaṣīda annexed to them. I think they took them from all these sources.

This does not keep these texts from conveying another meaning than the one intended initially.

As an example, I suggest we listen to qaṣīda “Yā Zaynab al-ḥasnā’ ”: Knowing that the Sayyida Zaynab mosque is located in Cairo, those who read this qaṣīda would imagine that it was recited at the Sayyida Zaynab mosque. Thus, that it is a religious qaṣīda. Whereas, in fact, this qaṣīda is mentioned in “Kitāb al-Aghānī” (The Book of Songs), and “Zaynab” bears no relation whatsoever to the Prophet’s granddaughter.

Which confirms the opacity of the line separating the two concepts.

We have reached the end of our episode about Sheikh Yūsuf al-Manyalāwī.

We will meet again in a new episode of “Min al-Tārīkh” to resume our discussion about him. 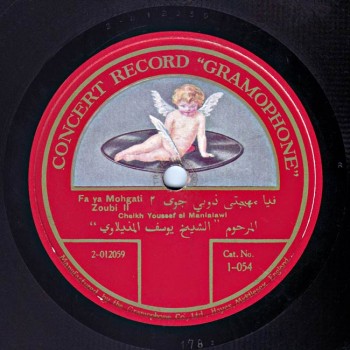 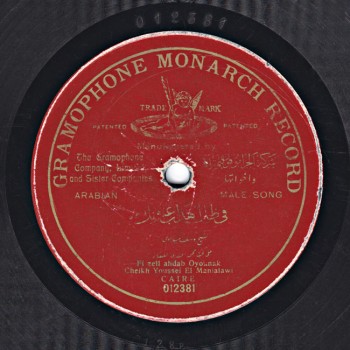 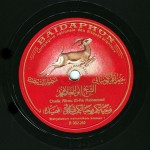 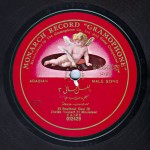