Today, we will resume our discussion on the History of Recording in Yemen. By recording, we imply the recording of Literary Music, i.e. Yemeni Classical Music.

Yes. I think it is the wasṭa.

Let us listen to dawr “Matti‘ ḥayātak”, of course in the linguistic dialect but also the Yemeni musical dialect…

After that, the recording of Literary or Classical Yemeni Sanaa Music continued, didn’t it?

…Despite the evolution of pop music.

After the 1962 revolution, Sanaa singing prospered, yet without the qanbūs or ṭarab, but with the kabanj ‘ūd played by talented artists such as Muḥammad Ḥamūd al-Ḥārithī, Aḥmad al-Snaydār, and ‘Alī al-Ānisi among others who became famous and served the Sanaa song with the big ‘ūd and a style inspired a little from Egypt and Syria, while preserving the main form or style.

On the other hand, some other artists did not become famous in the 70s, 80s, and 90s. Those are the ones I chose to work with more. They are: Ḥasan al-‘Ajamī, Yaḥya al-Nūnū, ṣaḥn player Muḥammad al-Khamīsī, as well as Muḥammad ‘Ushaysh, and they all preserved the old style.

And preserved the ṭarab as well.

They continued to play the ṭarab and the ṣaḥn. And I truly enjoyed working with them because they revived the old style and methods… considering that many elements, such as the firtāsh and the muṭawwal, had been neglected by the other artists.

This research started around 1985:

I wrote my PhD Thesis;

We also recorded: I was able to invite to France some artists who recorded CDs at the Institut du Monde Arabe, at the French Radio, among others.

We were thus able to archive/document this heritage that is unfortunately becoming extinct.

In 2000, we had the opportunity to work with the UNESCO: we inscribed the Sanaa heritage on the Lists of Intangible Cultural Heritage, and worked on supporting this art through a project that lasted from 2006 to 2009.

What would you like to play for us from these late recordings? 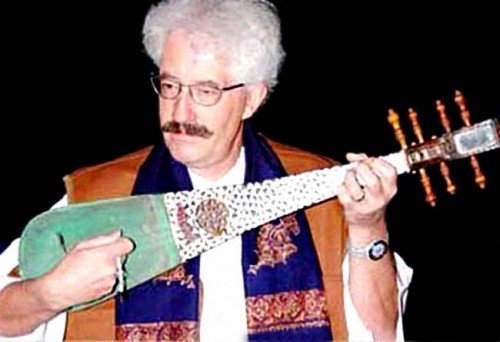 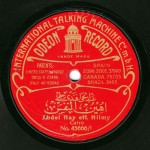 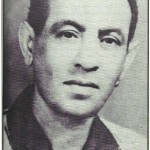