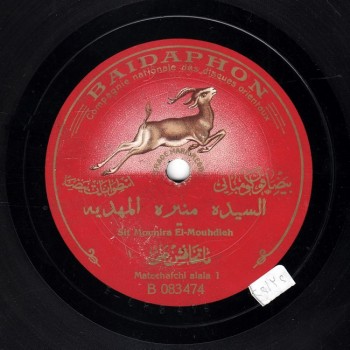 We had started talking about Sitt Munīra the takht muṭriba.

We started with the dawr at the end of the waṣla. Now, let us talk about her creative genius’ performance of mawwāl.

Her performance of mawwāl was, strangely, a genius’ performance. And, even stranger, she only recorded two mawwāl.

Not only was she a genius in her performance of mawwāl, her style was also beautiful and unique… She would be a Zaynab al-Manṣūriyya if she sang with a takht.

You mean that there was a hint of baladī in her interpretation.

… Something between secular singing and baladī singing, or maybe the missing link between these two styles.

Exactly. What do you think?

…It is very possible indeed.

“In Kāna ‘adhābī” is the most beautiful mawwāl she ever sang.

Her ṭaqṭūqa are different from those recorded by ‘ālima before WW1. 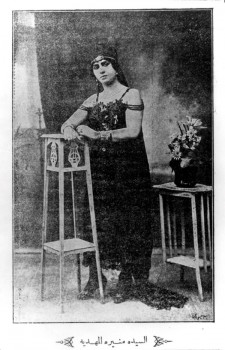 It seems that Baidaphon became her exclusive sponsor after WW1 before which she had recorded with Zonophone, Bekka, and Odeon. So either Baidaphon started sponsoring her in 1914, then stopped recording, then came back and recorded again; or they became her sponsors after they started recording again after WW1… right?

The ṭaqṭūqa Munīra al-Mahdiyya sang in the 1920s were all made under record companies who, before WW1, recorded the musical forms present on the Egyptian musical scene. After that, the record industry imposed a new form that kept the appellation ṭaqṭūqa but whose content was different… the same name for a different form.

As long as the disc’s length.

The melody is deeper, not as simple, and more evolved…

…Because there is a composer, an author, and because the ṭaqṭūqa is recorded. 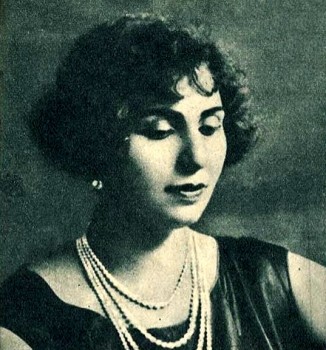 And the melody in marvellously beautiful.

‘Abd al-Ḥalīm Ḥāfiẓ dared to mock Munīra al-Mahdiyya! Maybe the famous photograph of them together was taken when he went to apologize to her… Such a touching photograph reuniting two singers from two different eras, representing two totally separate phases in the history of Arab Music.

Almost all literary/classical Arab songs in most musical films made from the late 1940s up to the mid-1960s include some mockery.

He also mocked some pieces Umm Kulthūm sang, such as “Wa-ḥaqqak ant al-muna w-al-ṭalab”. Yet I do not think Umm Kulthūm resented him for this.

Mostly, there was an implicit understanding/agreement to mock this repertoire… even ‘Azīz ‘Uthmān mocked his father. 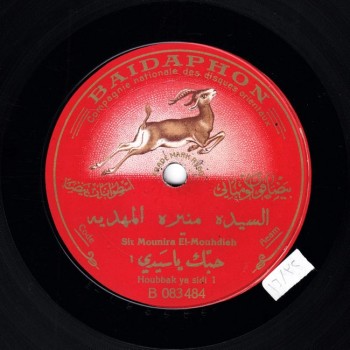 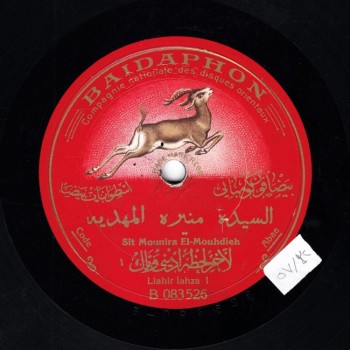 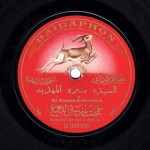 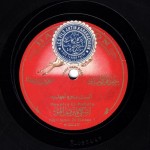