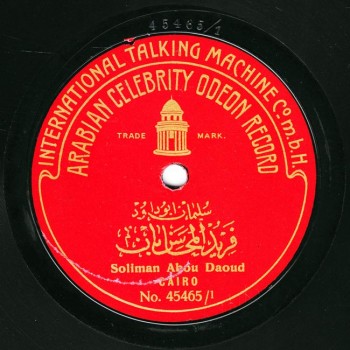 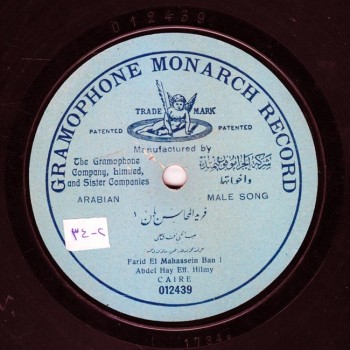 Let us start with the dawr.

The overture is the same in the various singers’ versions. Let us listen to it …

It is similar to the overture of the dawr’s madhhab, a tradition followed in many dawr-s in general. 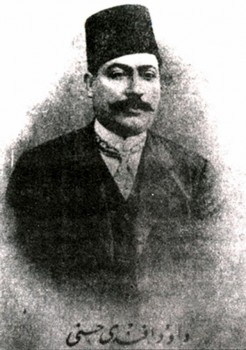 He performed hank at the rāst… āhāt… nobody else ever did that.

Let us listen to ‘Abd al-Ḥayy …

Their positions were different, yet they ended in a similar fashion.

Since we are with Dāwūd Ḥusnī, let us listen to his full version of the dawr and focus on the rāst to which he sang the dawr. Note Muṣṭafa Bēh Riḍā’s short qānūn taqsīma in the end, followed by the tuning of the instruments, and the diapason. (These remarks are intended for those who wish to conduct a research on these recordings.) There is a dūlāb rāst followed by the dawr, the taqsīma, and finally the conclusion that is common to all the Congress’ recordings, i.e. the tuning of the instruments and the diapason …

In my opinion, Dāwūd Ḥusnī’s Congress recordings are his most marvellous recordings, displaying experience and simplicity. Moreover, they are the only ones where he recorded dawr-s that were not his –or at least with respect to the recordings that have reached us. We know for example that Dāwūd Ḥusnī recorded dawr “El-bulbul gānī”, yet this recording has not reached us yet.

We started with the harmonic reading of the dawr.

The score followed by Muḥammad Qadrī in this episode is the same one followed by the brass band in their version played in our previous episode. 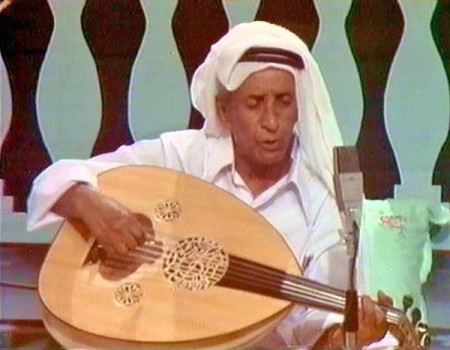 This was Muḥammad Zuwayyid’s beautiful interpretation of the dawr’s madhhab!

He sang it following his own singing way. To ṣawt performers, all imported (Iraqi, Egyptian, Yemeni…) songs that are not ṣawt-s are bastah-s, as explained to me by Mr. Ahmad al-Salihi, a reference in this science. And bastah-s are ṭaqṭūqa-s. So he transformed the dawr into a ṭaqṭūqa.

He took the ḥijāz aspect from here …

As if he were singing …

He reversed the two aspects, instead of the rāst being here …

And the ḥijāz aspect being here …

The ḥijāz aspect is now here …

So it has become …

He reversed the two aspects. He may have taken this great idea from ṣawt-s or from something else he heard. Maybe Sī ‘Abduh al-Ḥāmūlī composed it like this, as he was said to change the maqām-s in dawr-s. This reading of the dawr from a different perspective did not harm any of its elements.

He modulated to the bayyātī in the middle… The improvisation / tafrīd element is present. All the elements are present in all the facets of the dawr, even if he transformed it into a ṭaqṭūqa, yet he did not take it out of the Arabic context, unlike the brass band or the piano, he remained within the maqām system. He interpreted following his own manner and produced a highly creative marvellous work, to such a point in fact that his melody comes to my mind when I think of this dawr. His version truly stays in one’s head. This experiment demonstrates the unity of the maqām system throughout the region: using other languages in order to develop Arabic maqām music is way more appropriate than importation, at least during our era, and knowing that he did this in a period during which evolution through importation was the most widespread.

We end this episode with this beautiful work, whether we call it a dawr, a bastah, or a ṭaqṭūqa, interpreted by Bahraini Muḥammad Zuwayyid, and reach the end of our discussion about dawr “Farīd el-maḥāsin bān”.

We will meet again in a new episode to discuss and analyse another musical work. 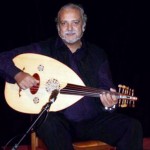 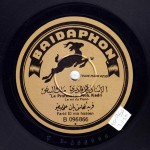