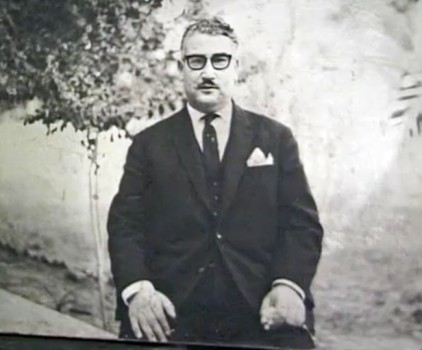 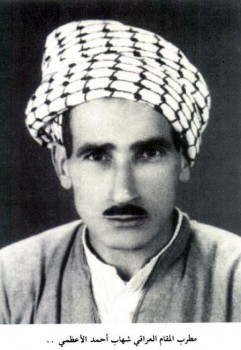 Now, let us talk about Shihāb Aḥmad al-A‘ẓamī (1918 – 1997) whose life I witnessed, especially towards the end, meeting with him almost every day at the Sadīr café in al-A‘ẓamiyya on the Tigris river because I was working on a research for the institute and had chosen him as one of my subjects… I felt sorry I had not known him before, especially that we came from the same place, as I discovered a great personality, despite his simple education and his modest life, a very pleasant and incredibly kind hearted person. In my book on al-ṭarīqa al-Qundargiyya, I described the great muṭrib Rashīd al-Qundargī as a reflection of his era. The same applies to muṭrib Shihāb al-A‘ẓamī who also reflected through his Iraqi maqām singing the reality of the period he lived in added to the simple education he earned and appropriated in his environment. This is illustrated in the early and late Iraqi maqām-s he recorded: he was born during the Period of Change, started off as a maqām singer during the Trial Period, and died during the Period of Maturity. Thus, his aesthetical taste and tendency in maqām singing were derived from the ṭarīqa Qundargiyya, i.e. the digest of all the old attempts in maqām performance dating back to the 19th century and that he listened to and that inspired him, and that he held on to and enjoyed until he died. 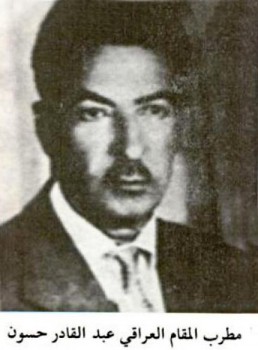 His interpretation of the maqām ibrāhīmī that he recorded is almost a perfect imitation of Rashīd al-Qundargī’s that inspired him and that he performed with mastery. This maqām induced sorrowful expressions within the soul of Shihāb al-A‘ẓamī to a point where it seems that the latter had specialised in singing this old classical maqām, singing it with might and main, talent and mastery…

I used to talk with him about the maqām ibrāhīmī and about the other maqām-s.

He once told me that despite his great respect for Muḥammad al-Qubbāngī and his unique ṭarīqa, he was fascinated with Rashīd al-Qundargī’s ṭarīqa which he considered to be the best and most beautiful maqām singing ṭarīqa that felt closest to himself and to expressing the life of Iraqis. 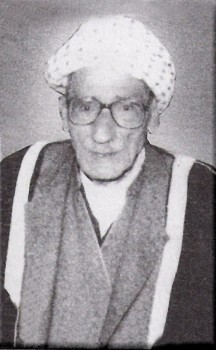 He attacked some of today’s singers, considering their singing as senseless and free of authenticity or objectivity, and stated that he only wished to listen to the ancient maqām singers. This was Shihāb al-A‘ẓamī’s point of view.

I once went to meet with him at the café… He was already there, and while waiting for me, had started singing the following qaṣīda by Abū al-Nawwās to the maqām khanabāt:

I did not greet him, yet remained standing and listening to him enjoying himself. He sang the full qaṣīda to the maqām khanabāt.

Then I sat sat down and he told me that his father used to sing this maqām khanabāt, adding: “I recorded at the Baghdad Radio the same maqām khanabāt that my father sang”…

We apologise for the bad quality of some of the recordings. But as we have already explained, when a recording does not belong to AMAR where it is treated, cleaned, documented, and archived, we try to find a recording through other sources who may have collected these recordings individually, and whom we thank.

So thank you to all those who helped us in obtaining these recordings whether on the Internet or from the collections of Prof. Ahmad al-Sabki and Mr. Hamid al-Saadi.

We will meet again in a new episode to resume our discussion about al-ṭarīqa al-Qundargiyya. 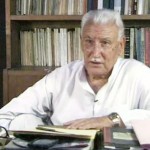 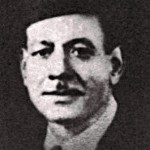