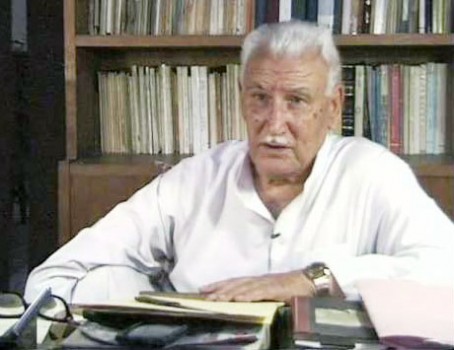 This exceptional episode is about Ḥāj Hāshim al-Rajab whom I particularly like: I met him before I knew that he sang Iraqi maqām or played the sanṭūr; I knew him as a researcher who tried to dust and study numerous manuscripts, including Ṣafī al-Dīn al-Urmawī’s. He attempted many things, and whether we agree or not with his results, we must admit that he achieved a lot in scientific research, in palaeography, in documentation and archiving Iraqi maqām-s, and in reviving the sanṭūr. Despite his many achievements, he was not granted what he deserved as a musicologist, researcher, and maqām theorist. He is among the very few who conducted serious work in the field of music in general, and Iraqi maqām in particular. What more can you tell us about him, Mr. Husayn?

Many books were written about another star of al-ṭarīqa al-Qundargiyya, late Ḥāj Hāshim Muḥammad al-Rajab (1920 – 8/12/2003), one of the Imām-s who worked in the maqām milieu as singers, instrumentalists, or experts, whether classical or not, throughout the eras. Their Imām in the 20th century and a major expert, his journey is rich with artistic achievements: he was a muṭrib who recorded numerous Iraqi maqām-s in his voice in the beginning, and a sanṭūr player thanks to whom this instrument remained alive.

In the beginning, Ḥāj Hāshim sang some maqām-s… quite well I might add.

On the other hand, here is a piece of information that was never mentioned before: the artistic milieu was aware that Ḥāj Hāshim al-Rajab opposed Yūsuf ‘Umar his whole life, i.e. since the beginning of their artistic journey in the 1940s and 1950s to their death.

I asked him towards the end of his life why he had not resumed his singing –he had recorded maqām-s in his voice in the 1950s, and the result was quite good– after which he started playing, then veered towards writing, authoring, and palaeography. His explanation did not convince me. So I told him what I thought was the real reason behind this, and awaited his confirmation: I asked him if it was because of Yūsuf ‘Umar, and he said “Yes”, adding that the fame and fast reputation that accompanied Yūsuf ‘Umar’s strong arrival on the artistic scene eclipsed all the others who stopped singing then, as their attempts were useless while Yūsuf ‘Umar was there. Ḥāj Hāshim acknowledged this despite his dispute with Yūsuf ‘Umar.

There is a lot we can talk about concerning Ḥāj Hāshim … He produced the TV show “Ma‘ al- maqām al-‘irāqī” (“With the Iraqi maqām”) –of course, there were already a few other TV shows– that lasted about five years (1984 to 1988) and whose episodes exceeded one hour each, especially during the Iraq-Iran war. His show launched the 1980s generation of singers.

Did it launch you?

You did not assist him…

I appeared in it later. I turned him down for a long time, until I finally gave in under the critics’ insistence, among others. Note that he was assisted by a presenter who asked him questions he answered in his capacity as an Iraqi maqām expert.

He had come to me the first time when I was working as a teacher at the Institute, and had asked me to present the show… I refused because I had no experience as a TV presenter…

We have reached the end of today’s episode about al-ṭarīqa al-Qundargiyya. 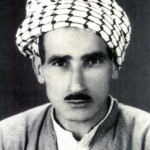