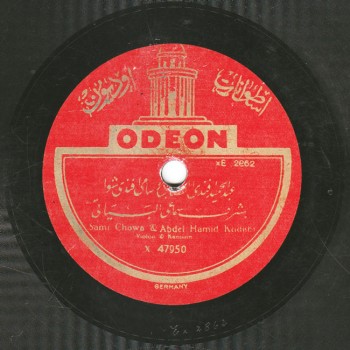 Today, I will be discussing the subject of Memorising with Mr Mustafa Said.

Mr Mustafa, all instrumentalists without exception need to memorize.

Instrumentalists as well as singers… All performers and musicians need to memorise: it is part of their training.

Even the instrumentalists who insist the most on following the musical score –whose role is not limited anymore to documenting as it also now includes other functions that are not necessarily useful– such as concerto violinists, among others, play without one and insist in their writings and in their discussions on the importance of memorising.

What do you think about memorising relatively to performing?

Memorising a large repertoire is part of being a musician: everything one memorises will contribute in a way or in other to one’s production. Thus, one sows, harvests then produces. Furthermore, memorising a certain piece, more than reading it, will allow one to reinterpret it according to one’s angle or perception. … There are some who read well…  Still, when playing a piece you have memorised, you only need to focus on one thing: playing; whereas, when reading and playing, you must focus on both.

There is another problem: the lack of precision of a score, as close as it may come to transcribing what is played.

Music is an art of sound … how can one write what is heard?! … As well as one may describe a painting, the description will never truly reflect what is painted… and this is relatively to visual art. Music is an art of sound, it is intangible, how could anyone write it? It is possible to convey the general idea, but what about the execution after that?

Your words about memorising a repertoire imply that this will participate in increasing one’s ability to memorise quickly… or is this assumed?

Memorising is always difficult at first then becomes natural. Moreover, there are mechanisms to memorize… The matter is not limited to listening and applying.

Before discussing the mechanisms… Are there repetitive patterns in music that will help memorisation with time?

Of course… like knowing the pattern of the maqām or the meter structure of the phrases, and memorising short samples such as dūlāb-s before memorising bashraf-s: you can’t suddenly decide to memorise seven minutes of music if you are not even used to memorising half a minute. It must be done gradually.

Will you tell us now about the memorising mechanisms, Mustafa.

First, as mentioned earlier, one should memorise short parts and know what they are. For example, in the case of a bashraf rāst, one must know what is a bashraf and what is rāst, i.e. one must have previously memorised samples of this maqām, should be familiar with the infrastructure of the bashraf: khāna, lāzima, khāna, lāzima, khāna, lāzima, khāna, lāzima, and must know that each khāna is sometimes followed by a taslīm that relays to the lāzima linking the khāna-s together. Before or while memorising a piece, you must know what it was modulated from as well as what it will modulate to, i.e. the expected modulations to do. This is concerning the tune and the meters. As for long pieces such as bashraf-s and muwashshaḥ-s, one must know and memorise the uṣūl as well as the rhythm (28, 32, 48, 56, or 128). One must know the uṣūl (basics) because they corresponded, in the past, to transcribing the notes… uṣūl led to creating the phrases. For example…

They know there are 2 here.

Or for example in the murabba‘ …

This is a measure, divided/segmented as follows…

Shall one deal with these uṣūl by separating rhythms into groups of 3 or 4, or are there other ways?

There are sabab-s (one mobile letter, one quiescent letter) and watad-s (two mobile letters, one quiescent letter)… Actually, there are only three or four uṣūl: we have already talked about this before. All uṣūl are either sabab-s or watad-s, i.e. either sākin (quiescent) or mutaḥarrik (mobile)… the madd (drawing out) and the iqṣār (shortening) are all included in uṣūl. All in all, there are two or three ḥaraka-s (diacritical mark), and the musician will choose 4, or 6, …up to the 128 pulse’ thaqīl rhythms.

What comes after memorising the uṣūl?

After memorising the uṣūl, they have to be segmented into small parts and then linked together. One must memorise the first khāna with its taslīm then the lāzima between the first and the second khāna-s. The lāzima in bashraf for example will be repeated 4 times and there will always be some interference between its phrases and those of the khāna-s. Note that, in between the khāna-s, the musician may sometimes use a phrase or a taf‘īla taken from a certain khāna, and from another khāna with a different maqām.

Yes… the similar and different aspects between forms.

Exactly. All this must be analysed while memorising as memorising will be more difficult upon failing to do so.

There will be slips and mistakes.

True. The same applies when memorising a muwashshaḥ to a thaqīl rhythm: upon failing to segment correctly the words according to the melody, the rhythm will be lost sooner or later.

Are there stories about superior memorisers?

Of course. The most famous story is about Abū al-Nuwās who asked his teacher Al-Khalaf: “How will I become a poet?”, to which his teacher answered: “Go to the desert and collect ten thousand verses”.

Collecting in the sense of memorising.

Abū al-Nuwās said: “I did and went back to him a year later. He told me then to go home and to forget those ten verses. I did and I was surprised. Then he told me to write a poem… And I did… and here I am today.”

“Forget” does not necessarily imply that he had to forget them completely, but rather to let them ferment/macerate. The morality of this story is that memorising benefits one’s personality, and that what is sowed will be harvested.

There are other stories:

The Caliph who memorised a poem from reading/hearing it once;

The woman who memorised a poem from reading/hearing it twice;

A person who memorised a poem from reading/hearing it thrice.

This is in general!

In music, for example in book “Al-Aghānī”, the author always says: “I took this ṣawt from x who to took it from y who took it from z” and this is how he memorised it. He added that some memorisers do not memorise the qisma of the tune correctly, and that they draw out/extend what is brief and shorten what is long.

They used to tell us that in order to memorise, we had to replicate the extended/drawn out and the shortened in order to avoid a discrepancy relatively to the qisma of the lyrics v/s the melody.

There are also instructions given by teachers on how to memorise, to deal with a melody, not to be a parrot and memorise every ornament… Even in playing, one must memorise the melody, not the recorded piece.

Could you give us an example to illustrate this?

These two recordings are different. When one wants to memorise a samā‘ī bayyātī thaqīl –the old one–, one should memorise the piece, not the recorded one.

The ornaments are obvious. The difference between instrumentalists is obvious as well. I am not convinced that the original melody is lost when playing… I never experienced this. Whereas those who are used to hearing the modern bands that play the score exactly as it is without any reinterpretation may think that. The point is that when you get used to it, you will deduce the initial melody easily, it is not difficult at all… 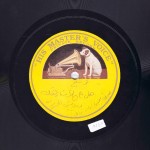