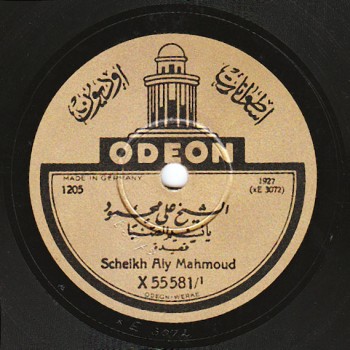 Today, we will be discussing with Mr Mustafa Said the subject of Learning Music.

First: Respecting the pupil as a flesh and blood human being, and not perceiving him as a machine that will pay the teacher at the end of the month or term, or for a university credit. To me, these are the basics of teaching.

Second: Being aware that the normal, not the exceptional case, is for this human being to learn from his teacher and to succeed, i.e. continue/complete the latter’s path –I do not mean surpass him–. If he does not, then he will have to start from scratch… yet starting from zero is not the same as starting from ten. Still, he may one day reach a higher level than his teacher. Teachers must be fully aware that their pupils will complete their path, and must consequently never teach them only in order to make a living, because they have the responsibility to relay their knowledge to them. Now, if the teacher fails to make a living from teaching because his sole interest is to relay his knowledge to the following generation, then there are guaranties and health insurances …etc. … This is another matter. All he must remember is that his pupil is a human being who will complete his path.

All fields, at least the intangible ones like art, are not regulated by a curriculum: one can’t state that he finished the term’s program for example, or extend classes and lessons in order to complete a program. Each learns according to his specific case or circumstances, state and frame of mind. You are not teaching him how to use a gun, you are teaching music that has a spirit. It is not a book where one must go from an exercise to another, or from a part or chapter to another! You are seeking a result: he must hold the bow correctly, position his fingers correctly, or bring his voice out of his chest and throat correctly, he must learn a certain repertoire in order to interpret it later…etc. The tools that will lead him there are different depending on the case.

…Or compiling all the exercises, whether they are needed or not…

…All the while neglecting the musical repertoire you are working on.

Alright. What is your opinion concerning the elements borrowed from other nations, including teaching, styles, and ṭarīqa-s, in relation to the system we are discussing?

There is a difference between borrowing experience and copying/pasting a system. The World Heritage is the heritage of tens of thousands of years, of hundreds of thousands of years, or even 2 million years according to some. It is relayed from a place to another, from one generation to the other, and from a region to another… this is the law of life. Thus, borrowing any experience is not shameful. On the other hand, copying a certain civilisation one feels inferior to will put one in even more trouble …which is unfortunately our situation today. Consequently, one must benefit from the available cultural heritage, yet while remaining oneself. Only then can one become productive and cooperate with any nation. The dialogue between cultures does not consist in speaking a foreign language, or acting like foreigners, or wearing their clothes in order to become like them. It is about banning segregation within oneself and within others, and being capable of cooperating and interacting while knowing, not ignoring / rejecting, oneself.

Here is an example relative to learning: let us imagine a student entering a room for half an hour to meet with a teacher who asked him to prepare a series of exercises, a series of pieces, and a series of techniques, which he does then goes back home to complete his homework for the following week. Does this illustrate the disciple system or not?

The system of weekly classes never worked for me… it may be my fault, I do not know.

Not even attending them…

I could not. The persons who benefitted from my teaching are those with whom there were no set schedules. There might have been… we used to sit and play… yet there were no planned exams…etc. We just played music: I told them what to do, how to move their fingers or the pick, how the sound had to come out, then asked them if they heard the sound they meant to produce. …Each case is separate… We would discuss which piece to memorize through convincing, not imposing.

Is a disciple expected to complete an exercise before attending the next class?

Isn’t he the disciple, i.e. the one who wants to learn? Does he want to learn or have a diploma? If he wants to learn, then he should know what is good for him. On the other hand, if he is only there to receive a diploma, there are plenty to choose from!

Do the mentor and the disciple meet on a daily basis?

What about summer sessions?

It is not necessary. There are some persons I only see once or twice a year.

How long does a mentor / disciple course last?

I do not know. It could last a week or an hour.

Is it a one-on-one relation or a disciple v/s a group relation?

It is sometimes a mentor v/s a group relation.

At the same time?

Yes. There are sometimes two or three persons teaching a large group, and they sometimes exchange knowledge and learn from each other without necessarily meaning to.

What are the qualifications of a mentor? Who can be a mentor?

A mentor accepts that the one facing him may one day surpass him and complete his path, is prepared to learn himself, and acknowledges that he does not possess the absolute truth …Doubting is very important. He must be capable of convincing and of being convinced. These are the qualifications of a mentor, not those of a mere teacher or university professor.

Are there examples in the recent past of persons who learned following this system?

You are surely one of them.

Indeed. Among the musicians you like… there is Sāmī al-Shawwā… Sheikh ‘Alī Maḥmūd…

Could you give us an example? Who did Sāmī al-Shawwā learn from? Who did ‘Alī Maḥmūd learn from?

Unfortunately, we do not have recordings (that always highlight such relations) of Sheikh Aḥmad Nada or Muḥammad Abū al-Nūr in order to find out who was the mentor and who was the disciple. Listening, for example, to Sitt Umm Kulthūm chanting qaṣīda-s shows that she was a disciple of Sheikh Abū al-‘Ilā. Listening, for example, to ‘Abd al-Ḥayy Ḥilmī singing dawr-s “Inta farīd fī el-ḥusn” or “Fī el-bu‘di yā-mā” shows clearly that he was a disciple of ‘Abduh al-Ḥamūlī…

Neither superior acumen nor a doctorate are needed to realise this…

Were there any successful musicians outside this disciple/mentor system at the time?

This is how knowledge was transmitted at the time.

Not to my knowledge.

Why is the subject always linked to Sheikhs? Does a mentor necessarily have to be a Sheikh?

Even if he isn’t an actual Sheikh, he remains a Sheikh i.e. a teacher.

‘Abduh al-Ḥamūlī was not a Sheikh, yet he had disciples, even if he did not necessarily mean to teach them. It happened through their participation in his biṭāna or takht…

… And their will to learn from him.

Yes. ‘Alī Maḥmūd may have never taught Sāmī al-Shawwā or Muḥammad ‘Abd al-Wahāb, yet they were clearly his disciples. Teaching does not necessarily follow the “official” pattern.

The mentors you have mentioned include Abū al-‘Ilā Muḥammad, Sheikh ‘Alī Maḥmūd, and Sāmī al-Shawwā’s father…

Can you name other famous mentors?

Even those who followed, including Sāmī al-Shawwā, were mentors at some point.

There are some we know, and others we do not. Darwīsh al-Harīrī is among the most famous, and had many disciples, including the well known ‘‘Abd al-Wahāb and Riyāḍ al-Sunbāṭī.

Al-Qaṣṣabgī had disciples too. The mentor is a teacher in spite of himself.

We have reached the end of today’s episode of “Niẓāmunā al-Mūsīqī” on Learning Music presented by myself Fadil al-Turki and Mr. Mustafa Said. 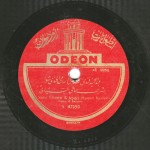