Which other disciples of al-ṭarīqa al-Qubbāngiyya will you be telling us about, Sir?

Remark: He is not the Syrian Muḥammad al-‘Āshiq who made recordings in the early 20th century. 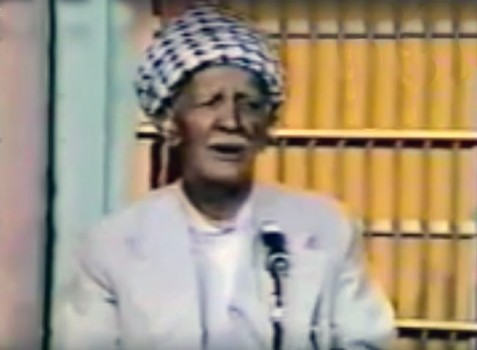 According to the majority of his audience, Muḥammad al-‘Āshiq was not a maqām singer in the usual sense of the term… at least not at the beginnings of his artistic career when he used to perform mostly religious rites such as madīḥ (praise) and manqaba nabawiyya (the Noble Virtues of the Prophet) rather than maqām-s.

He knew Mullā ‘Uthmān al-Mawṣilī, was considered as one of his latest pupils, and in the 1920s and 1930s, recorded along with some of the latter’s colleagues a number of maqām-s with foreign record companies… This is according to hearsay as we/I have never heard any of these old maqām-s recorded by Muḥammad al-‘Āshiq. The point is that the audience continued to consider him as a bastajī singer (a singer of basta) more than a maqām singer up to the end of his artistic career… not because he did not satisfy the general trend and intellectual demand to sing many maqām-s in order to be called a maqām singer, but because he was initially an artist with good professional qualities… Moreover, he was good on the artistic level, and was also supported by a good tenor vocal tessiture, added to his interest in only a limited number of maqām-s … yet he succeeded in performing numerous religious pieces. According to some critics, both the religious and mundane aspects of his singing include a quality maqām aspect.

Now, concerning his song recordings: He once sang on TV, at a late age. Late Aḥmad Ḥasan al-Bakr, the President of the Republic, watched him and gave out a decree to record all his maqām-s and songs at the TV. It was done, including basta among others, and constitutes a historical step at the end of Muḥammad al-‘Āshiq’s life since he was beyond 70 years’ old then.

Let us now go to another muṭrib, ‘Abd al-Raḥmān al-‘Azzāwī, the singer who was the least fairly treated by History and by historians.

‘Abd al-Raḥmān al-‘Azzāwī (1928 – 1983) was my neighbour in al-A‘ẓamiyya towards the end of his life… I have memories with him in the Baghdad Museum, in al-A‘zamiyya where we used to sit in the café…etc. Despite the fame reached by both maqām muṭrib-s ‘Abd al-Raḥmān Khuḍr and Ḥamza al-Sa‘dāwī through their performance of Iraqi maqām and that went beyond the fame of their contemporary great and marvellous muṭrib ‘Abd al-Raḥmān al-‘Azzāwī, still they never reached his artistic and technical level.

He was kind of crazy, which is the direct reason why he wasted many of his capabilities, and pushed away many critics and admirers, even though he had many of the latter. Our muṭrib ‘Abd al-Raḥmān al-‘Azzāwī was born in al-Khālidiyya in Baghdad.

In my book “Al-Arba‘a al-Kibār fī al-Maqām al-‘Irāqī” (The Four Great Ones in Iraqi maqām) printed by the Ministry of Culture in Algeria, I positioned him among the four great performers of Iraqi maqām of the 20th century, i.e. Ḥasan Khēwkah, Yūsuf ‘Umar, Nazim al-Ghazālī, and ‘Abd al-Raḥmān al-‘Azzāwī, after their great inspiration, inventive master Muḥammad al-Qubbāngī.

As a kid, he studied at the katātīb, which helped him perfect his literary Arabic language, his pronunciation of Arabic letters and terms, and improve his awareness of the importance of sung poetry and precise wording. On the other hand, he also learned from his father who owned a sewing shop where many used to gather.

I had a TV show about Iraqi maqām, each episode of which lasted one hour, and I dedicated two hours to talk about ‘Abd al-Raḥmān al-‘Azzāwī who, to my opinion, was treated unfairly. So I shed some light on him as much as I could, supported by all the information I had, because he was a true muṭrib. I will never forget these immortal moments when we sat together next to the musical band on the stage of the Baghdad Museum. I used to sit next to the singers that would perform that day. I will never forget, nor could I have ever imagined, the maqām ḥijāz dīwān he sang with such expressiveness, transporting me into a strange world of dreams. I will never forget this day… I can still hear him in my head… Infinitely beautiful and touching expressions.

This was ‘Abd al-Raḥmān al-‘Azzāwī. 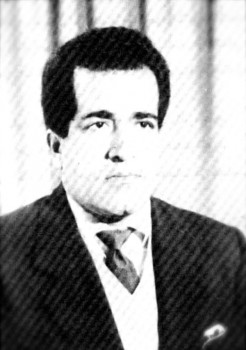 Do we have his recordings?

Yes, including many Baghdad Museum recordings… Yet his Radio recordings are better, as in cleaner… ‘Abd al-Raḥmān al-‘Azzāwī was a true muṭrib …

We will meet again in a new episode of “Min al-Tārīkh” to resume our discussion on al-ṭarīqa al-Qubbāngiyya. 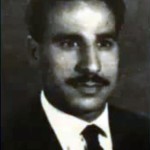