Who else will we listen to?

Ibrāhīm al-Qabbānī… who unfortunately focused more on singing and composing, and thus made very few recordings as a ‘ūd player. 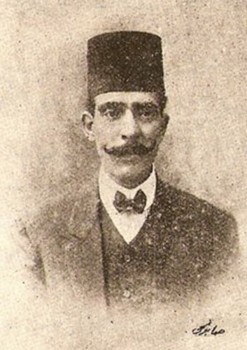 Who among the instrumentalists who recorded during this period were the most talented in playing and in music?

There is Al-Qaṣṣabgī who came later. He was a composer who neither sang nor made singing records, except for very few movie scenes and recordings where he sings… But he was never a professional singer. He was very talented and knowledgeable in melody, maqām, and rhythm, yet cultivated his ‘ūd playing, i.e. even though he was a composer who had his own melodies, most records he made were of old bashraf-s and taqsīm-s.

Let us listen to him …

What are the characteristics of Al-Qaṣṣabgī, Mustafa?

First, his plectrum developed from Ḥāj Sayyid al-Suwaysī’s. As described by Ṣafī al-Dīn al-Urmawī, it was always descending and ascending, and created the same indistinguishable sound in both movements… he moved his plectrum in such a way that it made the same sound whether it was ascending or descending.

Second, his finger on the ‘ūd… of course in the early phase in his career, since as made clear in his late recordings that are unfortunately the most widespread, with age and sickness, he lost the patience and the strength. Yet, in his early recordings, his finger press replaced the nut (the part holding the strings): the press with the tip of his left finger conveys the impression that each chord he played was an open chord… this is the particularity of his left hand. 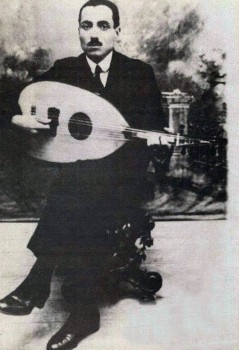 Some of his recordings display his technical skills, such as the “Caprice” recordings, but most recordings don’t, yet they do show the importance he gave to the melody and to the maqām.

He is the only one in the early 20th century who recorded with a 7-string’ ‘ūd. 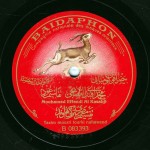 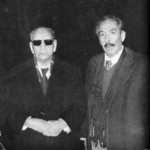