Is there a way to teach taqsīm-s?

Let us go back to the subject of the repertoire. Does it have to be a repertoire of taqsīm-s or of everything?

Then one studies the taf‘īla-s and the baḥr-s (poetry meter-s)…etc. until one is able to produce phrases that are taqsīm-s.

Performing taqsīm is inventing/creating. One can’t perform good taqsīm-s and not know how to invent/create. A man can’t be a professional instrumentalist and perform good taqsīm-s, but produce bad musical compositions. Taqsīm is composition, yet on-the-spot composition. A piece composed to a certain rhythmic cycle can’t be created if its composer does not master taf‘īla-s, baḥr-s, …etc. …There will surely be lacks …

You tackle the subject of taqsīm-s and music based on the principle that music reflects its language. Language consists in syllables… In our case, poetry consists in taf‘īla-s and baḥr-s. You are talking about the same taf‘īla-s used in poetry… 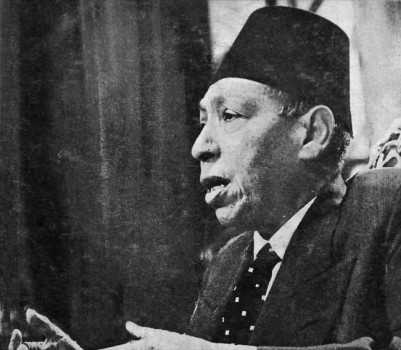 Yes… Well, in language’s meters in general, not only in poetry, i.e. not necessarily ‘arūḍ (Arabic prosody).

Yet it would be great if one could also sing to the baḥr-s, this would be marvellous! Still, it must be done with taf‘īla-s but not necessarily with ‘arūḍ.

You are extending from these taf‘īla-s… Will the taf‘īla-s be useful?

Because they are applicable to language, like the words’ meter in language, including the ṣāmit (non-vowel mark) and the mutaḥarrik (accented with a vowel mark). You are now extending to more taf‘īla-s.

For example… you can call it what you like. It does not matter …

Can you illustrate what you have explained?

For example, there is …

It would be great to be able to take one letter, one string, and produce taf‘īla-s …

You try to extend them …

You increase the letters until you get there. You could even decide to select a baḥr, for example mustaf‘ilun fā‘ilun…etc. …

All these silences are on one string… and it is enough.

So, it is an organised attempt.

Then the musician performs taqsīm on more than one letter: he selects a taf‘īla and only three or four letters.

He focuses on the segmentation of the rhythm and not on the maqām (musical mode).

Being able to do this added to the acquired repertoire is a great achievement. 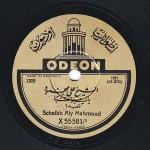 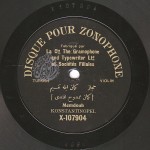