Mr. Mustafa, tell us about the spread of the ‘ūd and about those who initially played other instruments but also played the ‘ūd, including lady singers.

…Such as Nādra who, in one of her qaṣīda-s (monometric and monorhyme poem in classical Arabic), played a beautiful taqsīma (modal improvisation) that clearly illustrates the influence of Muḥammad al-Qaṣṣabgī.

Shall we play it?

Mr. Mustafa, tell us about the best ‘ūd teaching and ‘ūd learning methods.

Al-Kindī is the first who talked about teaching ‘ūd: he set finger and courses exercises on two chords, including the fingers’ position; the plucking manner, etc.;

Then by Ṣafī al-Dīn al-Urmawī who wrote about: the plectrum movement; holding the plectrum with the forefinger and the thumb; the material the plectrum is made from; the fingers’ position on the ‘ūd, the way to hold the ‘ūd, the plectrum’s descending and ascending positions, etc. He also wrote exercises and methods, including the mustaqīm method that he had initially set as a ‘ūd exercise.

In the late 19th century / early 20th century, the book “Tuḥfat al-maw‘ūd fī ta‘līm al-‘ūd” was written, whose title clearly indicates it would be adding more to the ‘ūd teaching method. Indeed, it included the names of each chord, the notes they produced, and the positions on the ‘ūd allowing to produce notes that can’t be produced through the initial positions.

Who is the author of the book?

The author of the book is Muḥammad Dhākir Bēk who wrote exercises and advised to learn further about maqām-s (musical mode-s) and ranges in Turkish and non-Turkish books. There are also the famous books of Safar ‘Alī, ‘Abd al-Mun‘im ‘Arafa, and Sharīf Muḥyiddīn, gathered by Jamīl Bashīr, Salāma ‘Abd al-Karīm… There are tens of ‘ūd methods.

Al-Urmawī wrote the book because, at the time, there were no other means, video or other, to archive/document and record besides the personal encounters of the instrumentalist with the expert, the mentor and the disciple. Are the methods you mentioned the best to learn ‘ūd playing?

Besides having a teacher…

Muḥammad Dhākir Bēk, unlike those who followed, stated clearly that there must be a teacher. So, the best would be to learn from someone whose ability and talent you trust, and continue your learning from then on. In fact, it would be even better to learn under different teachers.

Today, one can learn from video or Internet lessons. Still, I insist on the concept of mentor/disciple encounters that we talked about in the episode dedicated to teaching. It is better to meet the person, not necessarily through organised set meetings, yet in a way that will allow one to learn the principles, then the details …

What is the general process to learn ‘ūd, whether it is with a mentor or through a teaching method.

All this will guarantee correct quality playing.

Note that many great ‘ūdists were struck with the shaking palsy in their old age, because pressing hard on the neck with their left thumb prevented the blood from reaching the rest of their palm.

This is an important point that must be taken into consideration.

There are techniques to “educate” ‘ūd playing: preventing it from being congested; knowing when to pause and when to play; interpretation…

There are also the issues that are not related to the playing itself, but rather to the tune, such as the maqām and the rhythm, that concern ‘ūdists as well as other instrumentalists.

In the episode dedicated to teaching, we talked about the methods including both the fixed pattern method, and the method where elements are added along the way.

There are exercises dedicated to:

(There are purely technical, not melodic, exercises dedicated to each issue separately)

There are exercises that consist in a problem and its solution: they give an example of a problem, and the exercise to solve it.

For example, the issue of the inter-dependent fingers sometimes interferes in other issues; the relation between the fingers… It is very difficult to find an exercise for all these different cases together. And, moreover, one must not have to go through a general exercise when he only needs a specific one.

The nature of the music, the goal, and the geography also determine the type of exercise. 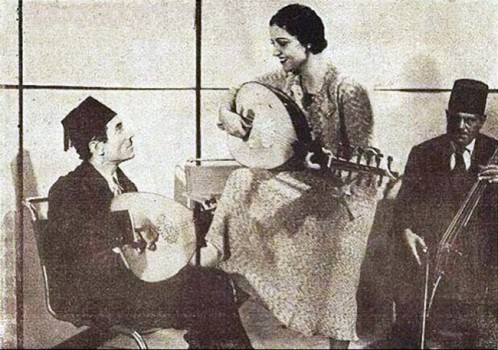 I think each instrumentalist must be able to play anything in order to form a personality. We must not be ashamed of learning about everything, including what we refuse and what we won’t be working on. One must learn about a maximum of things, especially on the technical level, and then form their own personality. As long as one has strong knowledge, culture, and awareness, nothing can affect them, since their melodic basis is correctly built. So, irrespectively of what you want to play, you must tackle everything. Or else, this lack will appear in your playing: Some decide to limit their learning to oriental traditional Arabic playing that ends up itself showing this lack. Others decide to follow Sharīf Muḥyiddīn, and to limit their playing to western music, concertos, and virtuoso skills. And their playing lacks something. I encourage instrumentalists to have an identity. Still, they must learn about everything, not to be able to play everything, but to acquire some culture.

Even the old instrumentalists such as al-Qaṣṣabgī and Sayyid al-Suwaysī had a direct contact –unlike today’s contact through recordings– with Turks, Iranians, Maghrebans, and also with westerners through the military bands formed as orchestras …

Each must tackle everything and thereby form and enrich their identity, and gain tools to defend what they want. I do not believe that teaching must be based on the European classical principle, as other musical traditions are equally important, including the Indian “Raja”, the Chinese, and the Japanese “Qagaku”, among others. Whatever one’s nationality is, they must learn about everything, and cancel any inferiority complex. At the end of the day, just be yourself! 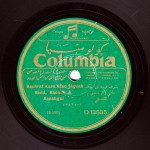 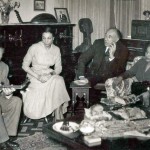