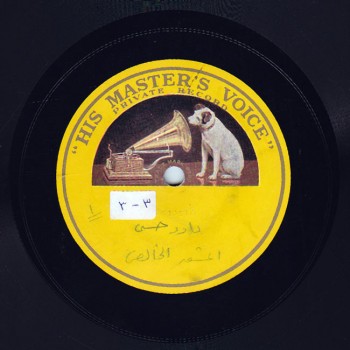 Today, we will be resuming our discussion about Dāwūd Afandī Ḥusnī with Prof. Frédéric Lagrange.

Let us talk about Dāwūd Ḥusnī the muṭrib, performer, and instrumentalist, not only the composer.

I do not enjoy Dāwūd Ḥusnī’s voice, but I have to admit that his performance was truly genial.

Let us listen to an excerpt…

I disagree with you concerning his voice: I really like listening to him, and reach salṭana.

He was a true muṭrib… I can’t understand why one should have a beautiful voice in order to be a muṭrib … I truly enjoy listening to him.

There is a beautiful recording of him at the 1932 Cairo Congress of Arab Music –5 years before he died– singing dawr “I‘shaq el-khāliṣ li-ḥubbak” to the ṣabā… His performance is extraordinary.

Moreover, it was not composed by him, but by his teacher Muḥammad ‘Uthmān.

He had other ‘ūd instruments set to the high shāh, i.e. our rāst/Fa. The safārjā or the sīpurdā correspond to the rāst/Do in the modern terminology.

As we said earlier, he played a specific taqsīma with a specific ‘ūd, and he was very much aware of the effect of the musical pitch of the taqsīm on the human ear.

Second: his pick was light and fluid, and he knew when to stop singing, i.e. when to say iss, and segment the phrase.

Consequently, his phrases were short, very pleasant, and delightful to listeners who can’t help saying “Allāh”, or “beautiful!”, after each phrase or remain silent.

As to the rhythm, he had an extraordinary ability to leave it while playing taqsīm muwaqqa‘ then go back to it, without the support of his pick’s beat and only relying on the beat of his head and that of the phrase.

Exactly. Al-Qaṣṣabjī always tried to beat the tempo with his pick, and listeners can feel the dum, i.e. the pressure of the pick, whereas Dāwūd Ḥusnī relied on his head.

He also often used his left hand to produce with the pressure of his fingers notes a pick can’t produce… an unusual practice at the time.

This sequence of 6 discs published in 1922 was exclusively dedicated to taqsīm to the bayyātī or to the rāst; One side included a “regular” taqsīm, i.e. mursal rhythm, and the second side included a taqsīm ‘ala al-waḥda.

…this, of course, added to his recordings as a muṭrib made by Gramophone with whom he also recorded taqsīm.

Which taqsīm will you play for us?

Let us start with the dawr:

Our episode dedicated to the latter included many allusions to the noble competition between them: one singing a dawr to a certain Turkish maqām yet Arabicized into a true Egyptian style, and the other one trying his luck to the same maqām: a similar dawr and a competing dawr.

The characteristic of this dawr is Dāwūd Ḥusnī’s incomprehension of its maqām and his invention of something that may be superior to the initially intended melodic pattern he was supposed to follow if he had succeeded in performing this maqām.

There is actually an Arabic aspect to this melodic pattern: he sometimes performed the qafla to the bayyātī, not to the kurd.

In the voice of Sayyid al-Ṣaftī…

Just for your sake… If someone else were sitting opposite me, I would have played it in the voice of Dāwūd Ḥusnī. 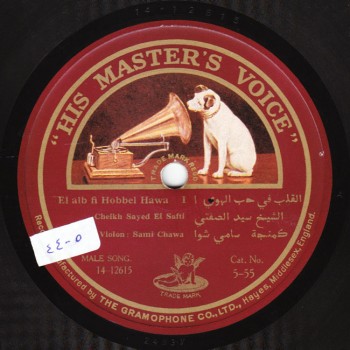 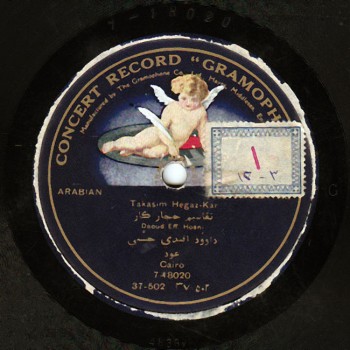 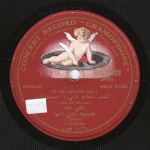 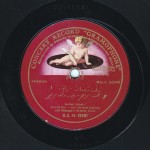