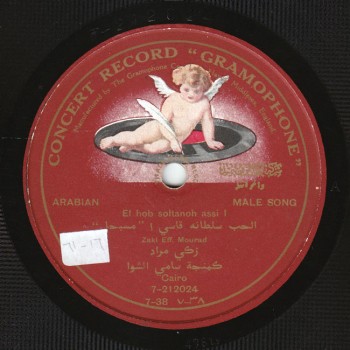 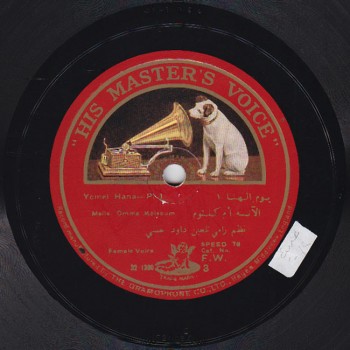 Today, we will be resuming our discussion about Dāwūd Afandī Ḥusnī with Prof. Frédéric Lagrange.

Let us talk about the occidental hats.

There is a famous story concerning “El-ḥubb sulṭānu āsī” composed by Dāwūd Ḥusnī: It is said that most muṭrib refused the concept of this dawr because it was the first long dawr composed to the ‘ajam maqām that scared them because they considered it to be linked to western music. While the treatment of the ‘ajam in this dawr is in no way close to the “major”: It was actually an Arabic ‘ajam in the true sense.

At first, Zakī Murād refused the concept of this dawr saying: “Will we sing with occidental hats?”. 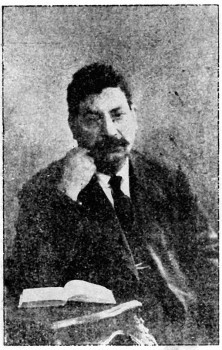 Let us listen to it in the voice of Zakī Murād who interpreted it marvellously, didn’t he?

Of course… It is one of Zakī Murād’s best tunes.

What does the expression “an extension of Muḥammad ‘Uthmān” mean?

The structure of his dawr is clear and solid, and includes some fixed melodic elements such as some lāzima –especially the transitional lāzima, when the maqām shifts from a section to another– in almost all the recordings of this specific dawr, as well as the āhāt whose composition does not go against the freedom in their interpretation.

I agree, since part of Dāwūd Ḥusnī’s and Ibrāhīm al-Qabbānī’s production was done before the arrival of record companies, and the other part starting their arrival. They were under contract with the companies who paid them a fee: so they composed their dawr with a view to record them.

The dawr were maybe recorded before being performed on stage with the takht by the muṭrib or the muṭriba. So their recorded performance may have already been famous before their live performance with takht.

Shall we listen to him?

Moreover, Dāwūd Ḥusnī who is among the first composers who invented a special way to write music, lacked any knowledge of the western notes, so he sought the help of his friend Muḥammad Ṣāliḥ, and maybe of some European musicians residing in Egypt in the early 20th century.

Concerning this issue, I wonder if Dāwūd Ḥusnī also had the notes of his dawr written, besides those of his theatre tunes.

I think that a source, probably in “Rawḍat al-balābil”, mentioned that Ibrāhīm al-Qabbānī and Dāwūd Ḥusnī only wrote for reference purposes: they recorded a short version of the dawr on their cylinder record phonograph they had at home, and only had the notes written for the gentlemen who played the piano during plays. I am not sure if they also had the notes of their dawr written.

This information was related by both Rizq, and Aḥmad al-Jundī who added that Dāwūd Ḥusnī’s memory was so good he could compose the beginning of a dawr during a certain month, then leave it aside and resume it six months or a year later, remembering the general idea of this dawr exactly, and resuming it from right where he had stopped it. This proves that he did not need to write down the notes.

As for more modern musicians such as Sayyid Darwīsh for example, their theatre tunes are indeed written in full, but not the dawr.

Dawr composed up to the 1950’s and even the 1960’s are considered as “digressions”, and are not necessarily the most beautiful.

The dawr died with the death of the Khedivial school or the school of Literary Arabic Music –to avoid a terminology that might link this musical repertoire to specific political circumstances.

“Rūḥī we-rūḥak” undoubtedly includes an intrinsic allusion whose riddle can only be solved by Egyptian Music History experts.

…We could negotiate a little and decide which dawr we will listen to.

…The right of seniority… 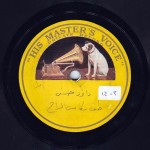 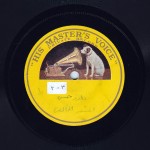