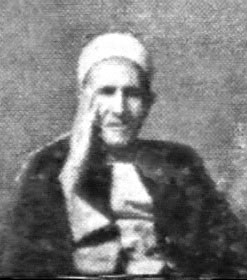 This episode is exceptional since this may be the first time our show analyses a tawshīḥ –vocal form associated with religious singing, even if not necessarily composed to this purpose. We will dedicate an episode to the tawshīḥ as a form. In brief, the tawshīḥ form does not include repetitions: its melody continues without stopping, and there are no repetitions of a madhhab or a point of return in order to continue the lāzima, the taslīm, or the madhhab. So the melody is continuous and displays the maqām from its main body/trunk, to its roots, to its sub-maqām, to its peak.

In every section of the tawshīḥ, in every verse, or at each station, the soloist stops and performs tafrīd that either consists of the āhāt, or a single word from the previous verse he sang with the ensemble, or a whole verse or a whole hemistich.

Another subject concerning the tafrīd is related to the taslīm and the istilām: the tawshīḥ is a collective work that is never sung by a single performer and in the middle of whose parts the solo munshid performs tafrīd that will either lead them to shift to a new part, or to repeat a previous part. 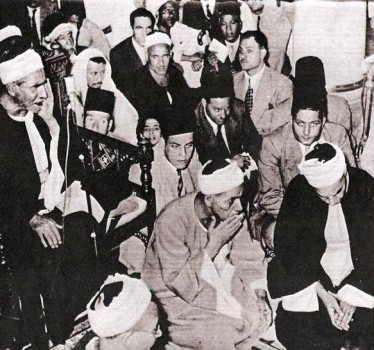 He determines for them the new maqām they must shift to.

We will analyse two recordings throughout our discussion on the tawshīḥ –In fact, they could have been three… we will explain why.

The first is the recording of Egypt’s Official Radio station, most probably made in the late 1930s, on a Marconi copper tape.

The second recording was made 20 something years later, i.e in the 1960s at the latest, on a reel, by Sheikh Muḥammad al-Fayyūmī, a pupil of Sheikh ‘Alī Maḥmūd.

The performance of the tawshīḥ:
The tawshīḥ was surely performed in a waṣla –to which we will dedicate an episode because the inshād waṣla is truly controversial in itself, and may be performed following a variety of systems and in many different ways.

We will listen to the overture of the first recording, i.e. the Radio’s recording, within its waṣla…

So, the overture started in the middle of another tawshīḥ: he decided not to resume the first tawshīḥ and entered the second one.
Unfortunately, this is where the Radio’s tape ends, and we do not know if any of the amateurs has its continuation. The Radio’s man seems not to have recorded it, but another person may have, God knows.

Let us listen to the overture of the third recording. He concluded the ta‘ṭīra sharīfa with “O God, pray for him, grant him peace and bless him!” and started “Aḍā’ al-nūru wa-inqasha‘a al-ẓalāmu”, this is concerning Sheikh Al-Fayyūmī’s recording…

We have heard the beginning of the tawshīḥ.
Let us now listen to Sheikh ‘Alī Maḥmūd’s tafrīda through which he leads them back to the start, then to the same tafrīda performed by Sheikh Muḥammad al-Fayyūmī…

Both sing the āhāt…
…But Sheikh ‘Alī Maḥmūd’s performance of those is brief because he had just ended a qaṣīda, whereas Muḥammad al-Fayyūmī’s is very relaxed… Still it is clear that he had learned from Sheikh ‘Alī.

Wow! This man is as great as music!
Sheikh ‘Alī Maḥmūd performed the taslīm gradually in a descending sequence, then a perfectly fluid shift to the shūrī. How did he do this within his descending bayyātī scale? What a taslīm performance! This man is incredible.

Wow!
The mutual influence between both giants –the teacher and the pupil– is obvious. People then had an aptitude to learn, not only to teach… He was a member of Sheikh ‘Alī Maḥmūd’s biṭānā in which he learned, as this was the teaching method also followed by our generation, or at least by a few of our generation, besides studying in institutes. The teaching/learning process was done through practice. Teacher and pupil were colleagues.

Let us listen to the whole tawshīḥ…

Beautiful… Sheikh ‘Alī! This is fantastic! This man is a legend!

We will resume our discussion about “Aḍā’ al-nūr” in our next episode of “Sama‘ ”. 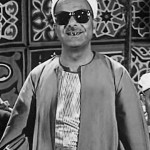 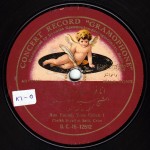