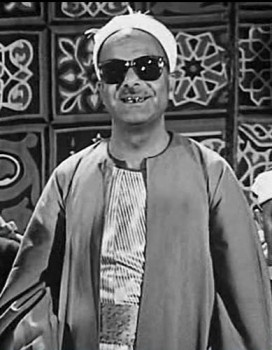 Today, we will resume our analysis of tawshīḥ “Aḍā’ al-nūr”.

A major characteristic of the tawshīḥ is that it is a collective work only performed by the biṭānā, and, furthermore, not as a fixed work from a book since the performance of the solo munshid, of the lead member of the biṭānā, or of any another member of the biṭānā includes initiatives as well as taṣdīra. Moreover, there seems to be an inherent agreement –not an apparent one–, i.e. neither one of the performers selfishly appropriates the work and performs tafrīd, nor is there any preparation… It is performed in such a manner out of habit and experience.

Have you noticed the synergy between him and the biṭānā?

The cohesion is clearly less harmonious than that of Sheikh ‘Alī Maḥmūd with his biṭānā. I think –which may not be true– that there are two causes behind this:

First, Sheikh ‘Alī’s biṭānā had been performing with him for a long time and fully consisted of munshid including the great Sheikh Zakariyyā Aḥmad, Sheikh Al-Fayyūmī himself, Sheikh ‘Abd al-Samī‘ Bayyūmī, and Sheikh Muḥammad al-Nādī who all studied under Sheikh ‘Alī Maḥmūd. This is an indication of the biṭānā’s greatness, and that it produced munshid.

Let us go back to the biṭānā, the Radio’s biṭānā, who performed with all the munshid, not exclusively with Sheikh Al-Fayyūmī.

First, it is a set biṭānā at the Radio;

Second, all its members memorized the work and practised it very well. But their experience in working together was not significant.

I do not know if Sheikh Al-Fayyūmī had his own biṭānā, but this recording was certainly made with the Radio’s biṭānā whose voices are often heard accompanying all the munshid who recorded with the Radio at that time in the 1960s.

So I think this is one of the reasons why the biṭānā was –I won’t say not delightful– not interacting fully with Sheikh Al-Fayyūmī.

The second possible reason is that this is what he wanted: that some munshid would play his role while the biṭānā played the role of a choir who only answered.

Sheikh Al-Fayyūmī plays on the meaning of the verse, saying: “Rabī‘un fī al-shuhūr”, then nothing, then “Rabī‘un fī al-shuhūri lahu fakhārun ‘aẓīm”. So he uses “ ‘aẓīm” not as the beginning of a sentence but as an adjective to “fakhār”, i.e. the “fakhr ‘aẓīm”. In the grammatical analysis, the adjective will follow the noun, and consequently will be maḍmūm (end with –u, in this case –un). He changes the meaning again saying: “ ‘aẓīmun lā yuḥajju wa-lā yurāmu”. So he started the sentence with the subject “ ‘aẓīmun”, implying that he is “ ‘aẓīm” (great), not the “fakhār”.

Let us listen to this tafrīda…

Note that Sheikh Al-Fayyūmī knew how to summon the sound that consists of two dīwān. At a certain scale, he displays the qarār dīwān and the jawāb dīwān at once… a technique that characterised the performance of Sheikh Rif‘at who always did this, not only on a single scale or when he was fixing on a certain scale… he always handled two dīwān at once. Sheikh Al-Fayyūmī could only do it when fixing.

Our last remark concerns the tone: Sheikh Al-Fayyūmī sang to a relatively low pitch –maybe because his voice was low–, whereas in the two recordings we heard throughout our two episodes, Sheikh ‘Alī sang at a low pitch in the Radio’s recording, and in the second recording at a pitch higher by a minor third or a middle third, even though the recording of the live performance follows the Radio’s studio recording.

I do not think that the voice is amplified at the mosque, and that it must therefore be louder. While, at the studio, high-pitched voices cause technical microphone problems. I am not sure of the second reason, but the first reason is certainly valid: the single microphone present in live performances was only there for recording purposes, not to amplify the voice. Consequently, the voice had to reach far. He chanted at the Ḥusayn mosque –those who know the Ḥusaynī mosque know big it is. Moreover, the mosque was surely packed when Sheikh ‘Alī Maḥmūd chanted and there were surely people also sitting outside. So Sheikh ‘Alī’s voice had to reach everybody. Yet it made no difference to the biṭānā since they were brilliant munshid.

This was our last remark for today. 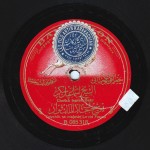 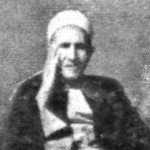