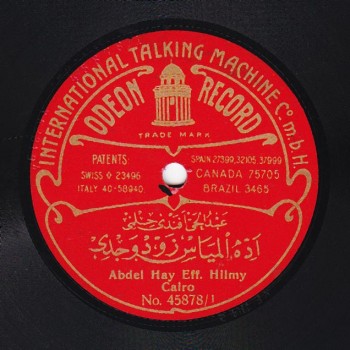 This is the fourth and last part of ‘Abduh al-Ḥāmūlī’s biography, including his personal life, his artistic career, as well as life in his era.

We have already talked a lot about his personal life, and started discussing his artistic career.

Today, we will resume our discussion held in Paris with Prof. Frédéric Lagrange.

Here is a general idea about the melodic path: ‘Abd al-Ḥayy Ḥilmī claimed that he learned qaṣīda “Arāka ‘aṣiyy al-dam‘ ” by listening to the cylinder record by ‘Abduh al-Ḥāmūlī, which implies that the latter had a melodic path that was specific to this qaṣīda, and maybe to other qaṣīda. Thus the overall melodic path imitated or improvised by ‘Abd al-Ḥayy Ḥilmī in some of his recordings was probably, if not copied, then at least inspired by ‘Abduh al-Ḥāmūlī’s performance. But, besides these general ideas –that can’t be called melodies– related to specific qaṣīda, all the others are of course dawr.

This last one is a dawr ‘ala al-dārij, a rare occurrence.

The dawr is ‘ala al-dārij. We should listen to an excerpt.

To have an idea about ‘Abduh al-Ḥāmūlī’s melody, we can listen to ‘Abd al-Ḥayy Ḥilmī’s version, then compare this version to the beginning of Salāma Ḥigāzī’s performance. We will find out how different the versions are.

There is a third recording, made at the Cairo Conference in 1932.

Exactly. This highlights the controversial relationship –discussed previously– between the composer and the creative performer.

It was also recorded by ‘Abduh al-Ḥāmūlī on a cylinder record.

Let us listen to it.

There is also “Jaddidī yā nafs ḥaẓẓik” and “Ḥaẓẓ el-ḥayāt”. The latter is a magnificent dawr and one of the most beautiful he ever composed, I think.

‘Abduh al-Ḥāmūlī had been suffering from pulmonary tuberculosis for years when he died on May 12th 1901 in Ḥalwān from this illness. 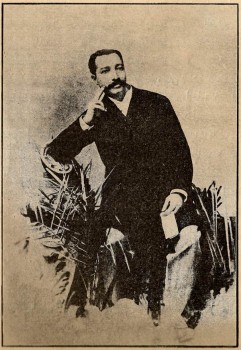 I do not agree with him, and I do not think that the period’s muṭrib were aware of the financial significance of these recordings.

Let us not forget that Egypt had not started recording yet: recording only appeared in the Middle East in 1903 when Zonophone/Gramophone arrived and recorded second-rank muṭrib mostly, not first-rank muṭrib, except for Sayyid al-Ṣaftī.

While I think the main concern of those such as Salāma Ḥigāzī, ‘Abduh al-Ḥāmūlī, or Yūsuf al-Manyalāwī who recorded their voices on a limited number of cylinder records was to perpetuate their voice for posterity, especially that someone like ‘Abduh al-Ḥāmūlī undoubtedly knew that he was approaching the end of his life. Let us not forget that he was a very sick man who had to try this new media and leave something for posterity.

I personally agree with you, but we had to mention Kāmil al-Khula‘ī’s opinion. What do you think we should conclude with?

Let us conclude with one of these cylinder records, especially that until the 1990’s no one had the opportunity to listen to any of them, except for those 2 unique records.

Meshian copied cylinder records onto discs during WW1. The quality is almost null and we can hear more static than the voice of ‘Abduh al-Ḥāmūlī.

But in the beginning of this century, a number of cylinder records by ‘Abduh al-Ḥāmūlī among others were copied by the University of California Santa Barbara. They are available to everybody: all one has to do is visit the University’s website and download these audio files.

Finally, AMAR bought a number of these cylinder records from private collections in Egypt. Their sound quality is without exaggeration much better than the sound quality of the University of California Santa Barbara’s audio files.

Let us listen to an excerpt in ‘Abduh al-Ḥāmūlī’s voice.

But before listening to it, let us add that almost all of Egypt elegized ‘Abduh al-Ḥāmūlī at his death.

Especially the Prince of Poets.

His Highness the Prince of Poets Aḥmad Bēh said:

With the voice of ‘Abduh al-Ḥāmūlī, we reach the end of our episode about him. 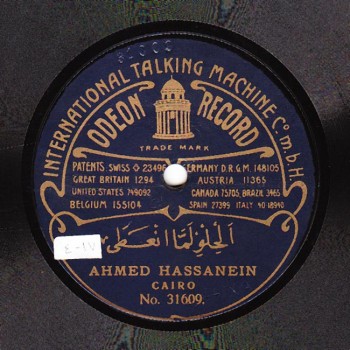 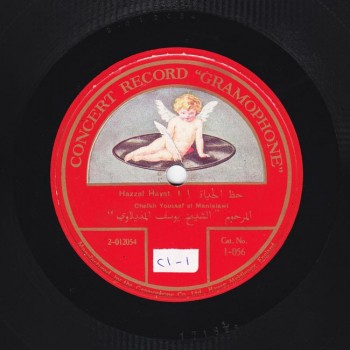 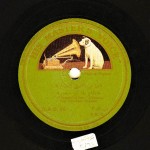 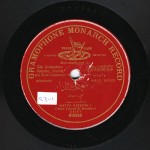